Why Are There So Few Female Gaming Influencers? 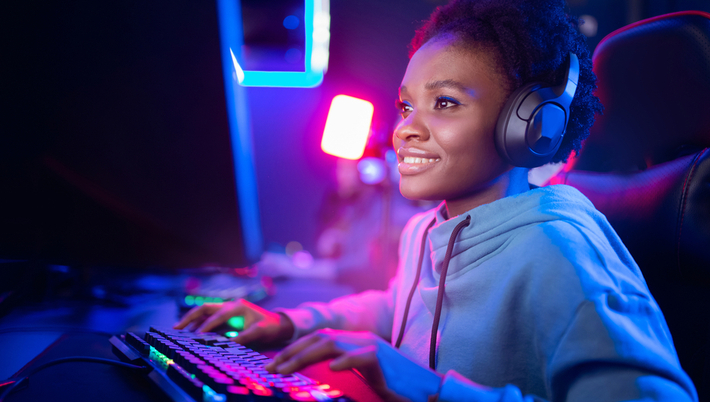 When most people think about Grande Vegas online casino USA and video gaming enthusiasts, they have a specific image in mind – a male, kind of geeky, who is focused on the gaming screen as he plays for hours on end. In fact, 45% of gamers are female. That isn’t reflected in the world of influencer marketing where only about 5% of gaming influencers are female.

Women even make up 35% of the streamer base on Twitch but for the most part, they’re watching male influencers. MoreYellow is an LA-based creative talent agency that manages influencers. According to their estimates, only about three percent of the top Twitch earners are female and when you factor in YouTube and Facebook Gaming streamers, the number rises to only 5%.

Jordan Mauriello, CEO of MoreYellow told Forbes. "There is a big disparity of earnings between male and female influencers. What we see is that the disparity starts within the gaming industry as a whole. Within the games themselves, only five percent have female protagonists. And within the companies that create the games, only about 24 percent of the workforce is women, 6 percent being executives. Women make up over 45 percent of gamers in the world, and we would like to shine a light on the disparity of representation for them in the games they play and the industry they're supporting."

MoreYellow is committed to working with female gaming influencers connect with top brands. In recent months they have been connecting brancs such as Amazon studios, GFN and nVIDIA with women players such as SmallAntMom (mother of popular influencer SmallAnt) and MissClick.

Mauriello feels that since women have a higher percentage of viewership on multiple platforms, they are stronger for cross-platform campaigns because, including campaigns that go beyond gaming. He explained that the largest demographic for online purchasers is millenniels which encompasses almost half of the female gaming audience.  Brands, he said, should be actively courting female influencers.

"Female influencer audiences have shown to have a higher interest in music, fashion and luxury brands" says Mauriello. "Women's audiences are typically very loyal to authentic messaging across their multiple channels. And in turn do very well when building an ongoing relationship as a true ambassador. And in general, it’s the right thing to do. The disparity is just too great at the moment. We need to balance the playing field and do our part to serve the under-represented. Balancing out the voice amongst our influencers will progress the influencer industry as a whole, which will serve all of us greater in the future."

There’s no arguing that women gamers and streamers are changing the gaming landscape worldwide. Currently, in-game advertisements are few and what is seen is driven by male influencers. Slowly however, women are carving a niche for themselves in the gaming space as gamers, influencers, developers and other gaming industry-related activities.

Around the world the popularity of female influencers is changing stereotypes that are often associated with female gamers.

Aparna Tadikonda, Executive Vice President (South), Interactive Avenues notes that “Five years ago, it was unimaginable for women to look at online gaming as a career option. But today the space offers a bright future for women from all walks of life. With more visibility online and an army of followers backing them up, women are not only claiming the ecosystem but also shaping it to become more forthcoming, gender-neutral, and sensitive.” She adds, “Women gaming artists are working closely with the product and the data teams so we need to normalize this trend as is in other industries and not be taken by surprise because it has been a male-dominated industry.”

Many observers believe that as audiences diversity it will be easier for women to grab their piece of the pie. Brands and publishers are recognizing the need to fashion more targeted strategies for their audiences.

The Interactive Advertising Bureau is an American advertising business organization that  conducts research, develops industry standards and provides legal support for the online advertising industry. The IAB has recently introduced an upfront event called PlayFronts which aims to reach more consumers, especially the 45% of the gaming community that is female.

David Eichenstein, senior vice president of commercial at the 4D Sight video monetization platform that specializes in gaming content says, “If you look at the collection of marketers that are entering the space, from league sponsorships and team sponsorships, there’s no question that it’s broader, more diverse and representative of the larger advertising market than I think at any point prior to this.”

The support that the PlayFronts event is receiving is indicative of marketers’ recognition of how marketing to gamers is different from broader digital media. Drawing more female influencers into that space is one way that advertisers can meet their goal of reaching a larger percentage of the gaming public.