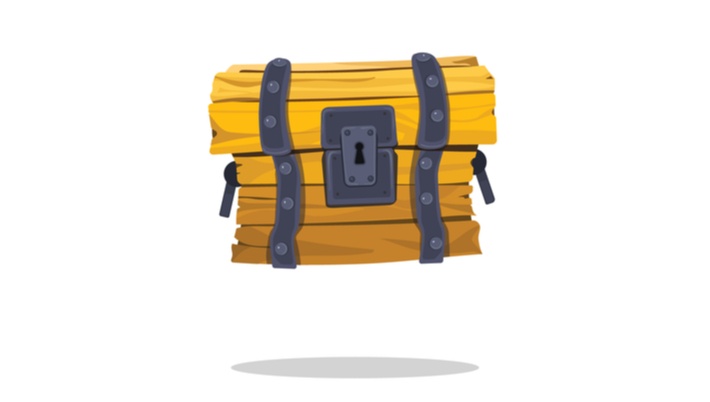 Loot boxes, the “extra” goodies that allow video gamers to advance in their game, are coming under attack from anti-gambling activists who claim that these items cause players to spend over and above their budget so that they can enjoy more success in their gaming pursuits.

Loot Boxes are virtual items that video game players can buy. The items are offered from within a game and the player buys the loot with real money. Inside the box, the player finds a randomized selection of items that can be used to alter or customize the experience of the game. There are no physical objects and no deposit bonus codes involved – everything is virtual.

Some of the items offered may include new tools or weapons to improve their characters’ abilities to perform tasks, “skins” which change their character’s appearance or access to new characters (for instance, a new team member, a new player for a sports team, etc).

Loot Boxes are not in-game purchases. Those are microtransactions – purchases made in an in-game store where the player can purchase one specific item or service. Loot boxes include random items so you never know what you’re getting until you open the box to see. The content of a loot box can include valuable items that change the gameplay to low value items that don’t help the player much in the progression of the game.

This of course raises the question – why choose a loot box over a microtransaction? Gamers, especially young players, find the randomness of the loot boxes to be an exciting element of the game and look for them to upgrade the gaming experience – winning the game isn’t as much of an objective as is the anticipation and excitement of opening the loot box and seeing what can be done with what’s inside.

So if everyone is having a good time, what’s the problem?

There have been news reports of players – many of them children -- racking up thousands of dollars in loot box purchases. The gaming companies have discovered that they can draw players into the game by selling them at a low cost or even giving them away for free. The catch is that the players must then spend big bucks on upgrades if they want to enjoy a competitive edge or enhance their gameplay.

Because the loot boxes are random and because players never know whether they’ll be getting something useful in their loot box or not, they buy multiple loot boxes, each time hoping to get more of what they need to move forward in their game. The loot boxes aren’t terribly expensive in themselves -- $3 or so per box – but when you add up dozens of loot boxes you find that you’ve spent way more than a $60 game might have cost you to begin with.

Many activists say that loot boxes are, in effect, gambling and that they should be regulated like any other casino gambling activity. A recent study by Maddie Level of the Kansas Law Review estimated that within the next two years, gamers will be spending about $50 billion on loot boxes annually.

In Britain, Parliament is considering regulation of loot boxes while in America, the state of Missouri has a bill pending that would ban the sale of loot boxes to kids. Other than that, there doesn’t seem to be any legislative concern.

The video gaming industry isn’t waiting to see what might happen. Spokespeople for industry companies are doing their best to keep control of the sale of loot boxes. Stanley Pierre-Louis, president of the video game trade group Entertainment Software Assn. says that you can’t compare loot boxes to gambling It’s “is misleading and wrong,” says Pierre-Louis. “These items have no value outside the game, and each purchase provides an item to be used within a game.”

Loot box critic Sheldon Evans disagrees. “Loot boxes are a game of chance,” he said. “The items you can win have a perceived value in the game world. That’s no different from winning money in the real world.” Evans is a professor of law at St. Johns in New York. In a George Washington Law Review paper entitled Pandora’s Box he incorporated findings from multiple game-related studies.

“By examining the perceived value of loot-box rewards, it becomes clear that consumers are driven to gamble for virtual goods based on the value they bestow in the virtual world — irrespective of any real-world value,” he wrote. “This framework of virtual valuation is key in properly regulating loot boxes as a form of gambling, which plays on the same psychological triggers as do slot machines.”

“There’s data showing that when you expose children to gambling tendencies, they can develop gambling problems as adults,” said Evans.

The issue has been exacerbated by the pandemic which has been driving up video game sales and the sales of other equipment and items associated with video gaming. The Newzoo market researcher estimates that total video game sales will reach $175 billion in 2021, an increase of nearly 20% over last year which also saw its also pandemic-inspired increase. Within a few years, according to Newzoo, the video game market will be worth $218 billion. Spending on loot boxes could reach $50 billion.

The video game industry bears responsibility for the dangers of the loot boxes. In some games, serious players must buy the loot boxes if they want to have a chance to acquire better weapons and other equipment – and thus have more of a chance to win. Epic Games has already made loot boxes transparent so buyers see exactly what they’re getting before they make a purchase. Developers Infinitiy Ward and Activision did away with loot boxes in their newest Call of Duty release, Call of Duty: Modern Warfare.

But, says Evans, many game developers know exactly what they’re doing. “They know players will pay for the dopamine rush, the excitement, of loot boxes, which is the same thing that happens when you pull the lever on a slot machine.”

Evans wants to see algorithms that can identify problem spending and stop the player from excessive spending, caps on how much can be spent and effective age limitations for games with loot boxes.   He and other loot box critics say that it’s reasonable to expect that regulators treat games that employ an element of gambling to make money as a form of gambling.