Why Did California Vote Down Sports Betting? 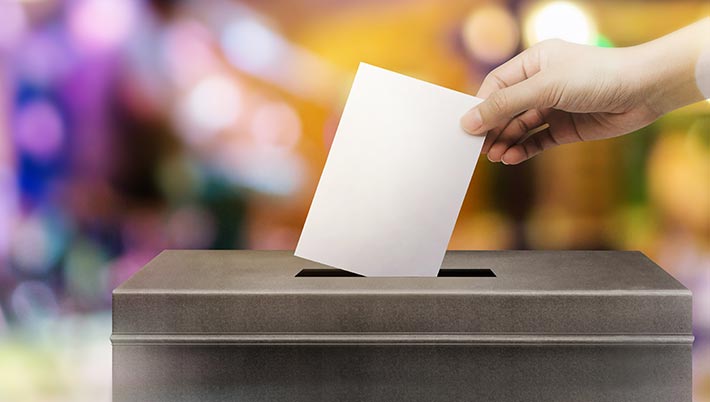 Two sports betting propositions were voted down in California on the November 2022 ballot, sending a message to competing gambling operators that they need to find a way to cooperate if there’s ever a chance that sports betting will ever getting up and running in the state - this includes all aspects of their operations including new new payment methods like Bitcoin and other crypto currencies.

The two groups spent, between them, half a billion dollars in their campaigns. A coalition of Indian gaming tribes proposed allowing sports betting at tribal casinos while card game room operators offered Californians the possibility of online sports wagering through their own existing operations.

At the end of the day, voters decided that it was easier to turn sports betting down altogether rather than try to decide between the confusing options and overwhelmingly turned down both propositions in overwhelming numbers.

Proposition 26, which was promoted by many Californian Native American casinos, sought to advance sports betting by having it run through their tribal casinos. That proposition was rejected by 70.1% of California voters. At the same time, Proposition 27, which was promoted by California’s network of card rooms and sought to legalize sports betting via online sportsbooks, failed when 83.3% of California voters said “no.”   Dan Schnur, a campaign finance reform advocate, commented that “This might go down in history, in the Michael Bloomberg Hall of Fame.”

Schnur, a onetime chairman of the California Fair Political Practices Commission and a former GOP operative, said that he couldn’t remember any campaign in recent memory that did less with more. “This is the worst I can remember,” he told NBC News.

A Lot At Stake

There is a lot at stake in the fight to introduce sports betting to California. Analysts estimate that California has the potential to become a multi-billion-dollar sports gambling market which would make it larger than the markets of many nations. Yet the one-sided  “no” vote was decisive, sending a message to the various operators that, while Californians may want sports betting, they were underwhelmed by the campaigns which provided conflicting information and completely confused them.

Between them, Proposition 26 and Proposition 27 spent more on advertisements than any other race across the country this year. The spending eclipsed the funds shelled out for ads in the pivotal Senate races of Arizona, Wisconsin, Georgia and Nevada. According to the ad-tracking firm AdImpact, Hilary Clinton’s 2016 presidential campaign didn’t spend nearly as much on ads as the campaigns for the California sports betting propositions did in 2022. Fernando Guerra, a political science professor at Loyola Marymount University told NBC News, "I think we all expected" Propositions 26 and 27 to go down. But to go down by the margins it did, with the money spent, it's pretty incredible."

Guerra said, "Californians are gamblers, and they love gaming. It's not the gaming that was voted down, it was the heavy-handed attempts to actually restrict gaming."  Guerra emphasized the point by citing numerous occasions when California voters supported gambling proposals.

Many observers felt that the non-stop ads were influential in turning voters off of both Proposition 26 and Proposition  27. Viewers were exposed to months of non-stop TV ads in which the benefits of each proposition were either promoted or denigrated, depending on who was broadcasting the ad.

Nelson Rose, a California attorney who specializes in gaming law believes that the endless exposure to the subject led to the assured destruction of both proposals. “When you have two competing initiatives that are so confusing that people don’t know what’s going on, so the voters say, ‘A pox on both your houses,'” Rose said. “So, yeah, they killed each other.”

Not everyone agrees with that assessment. Daniel Weiner is the director of the elections and government program at New York University's School of Law’s Brennan Center for Justice. Here, said Weiner, you had two highly organized interests on each side. “The money did exactly what it was supposed to and they canceled each other out.”

Voters also seemed to be put off by many of the false claims that swirled around the campaigns. Some of these claims, where voters could easily see that both sides couldn’t be telling the truth, included Proposition 27’s claims that tribal leaders support their proposals (California has dozens of federally recognized tribes but only 3 supported Proposition 27 while the vast majority of the others supported their own Proposition 26) , the claim that Proposition 27 would dedicate money to solve the homeless situation in California  (no one can guarantee how much revenue would go into state coffers from sports betting nor how it would be spent) and that the tribes pushing Proposition 26 are trying to gain a monopoly on sports betting in California and push out the cardrooms (the cardrooms status in California has been backed by the courts).

If gaming operators want to see sports betting in California, they’d better figure out a way to work together.