Why Do Sportsbooks Focus on League and Team Partnerships? 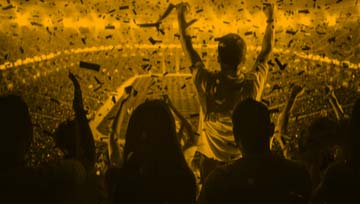 Now that states can legalize sports betting in the United States, sports books, sports betting casinos and online sportsbooks - maybe our very own Grande Vegas casino will have a sports section one day - are turning their attention to creating partnerships with sports leagues and teams. What are the advantages of such partnerships?

Almost immediately after the May 2018 SCOTUS ruling,  that struck down the Professional and Amateur Sports Protection Act (PASPA), major casino and sports book operators began to actively pursue lucrative contracts with professional sports teams and leagues. PASPA had made sports betting illegal in most states (other than those which had legal sports betting before the Act was passed) but the Supreme Court invalidated PASPA. That cleared the way for states to legislate sports betting in their own jurisdictions.

Sports leagues had been among the biggest opponents of the drive to repeal PASPA. Once the Act was annulled, the leagues decided to make the best of the situation and to  cash in on some of the profits to be made. Some leagues have already partnered with sportsbooks and others are in negotiations. These partnerships are worth hundreds of millions of dollars and have the potential to change the face of sports in the foreseeable future.

What does each side have to gain from these types of partnerships?

Big sporting events can draw millions of viewers – sometimes tens of millions, or hundreds of millions of viewers. Fans enjoy the excitement of the competition and, even more, the unity that such competitions create as people come together to give their support.  Brandwatch, the well-regarded social media analytics firm, notes that Premier League games attract over 4 billion viewers around the world who come together to root for their preferred soccer teams.

The ability to reach such a massive audience makes it worthwhile for brands to partner with sports leagues and teams. The partnerships result in a correlatively high ROI, especially when promoted through social media. Even secondary sports such as snowboarding, surfing and skateboarding have a huge potential for exposure for partners who are looking to gain access to the fans who use social media.

Sports and social media are particularly compatible. Increasingly, sports are being live-streamed on social media and highlights shared in quick clips. According to Brandwatch, 80% of fans use social media during live sporting events, both at home and at the actual events. That means that the videos of the event not only appear online post-event, but in real time, during the event itself.

There’s a wide range of platforms on which to advertise and the brands enjoy new opportunities – to sponsor teams, to sponsor individual athletes and to sponsor social media influencers. This brings the brand to an entirely new target audience that previously, had not been exposed to the brands.

That doesn’t even begin to touch the issue of the new “accidental” celebrity endorsements – celebrity athletes who go on TV or social media to say that they stumbled across product or service and were satisfied. Viewers perceive those endorsements as indications that the celebrity favors the product (as opposed to being paid for the endorsement).

Social media has given brands more platforms than ever from which to generate new revenue opportunities. Sponsors are able to deepen their engagement with fans as stadiums ramp up their technology with WiFi, bean tech and HD screens. According to Brandwatch, approximately 70% of stadium spectators use a smartphone so the brands can engage with the fans while the game is progressing, when they have their attention.

Brandwatch says that, as a topic, sports is the most frequently expressed interest among U.S. Twitter users. Brands benefit from sports’ sponsorships. The exposure that they receive on social media seems a substantial return on investment.

Benefits to Teams and Individual Athletes

Teams, individual athletes and the brand’s own employees benefit from the sponsorships. There’s more money for training, putting on events and sports production. It’s a win/win situation for both partners.

Brands can monitor the impact of their sponsorships which allows them to analyze how to proceed with future investments. Brands track user engagement and discover and predict how to choose social media influencers for future sponsorships. Tracking is also important to follow ROI as a follow-up. The support comes through data and tracking.

Logo exposure is an additional area that allows the brand to predict data so that the information can be more effectively used.

Over the past few months there’s been a lot of activity on the part of the major leagues and their teams to sign deals with sportsbooks – both those that work out of land-based casinos and those that offer sportsbooks independently and online.

Some of the biggest deals signed to date include:

Sports book operators, both those operating within existing casinos and new, independent companies,

MGM also partnered with the NHL to become the league’s official gaming partner. The deal is similar to the agreement that MGA struck with the NBA.

The NFL has not, as of yet, signed any deals with any casinos or sportsbooks but individual teams have signed with some individual casinos/sportsbooks.

The Dallas Cowboys are partnered with WinStar Casino in Oklahoma while the Baltimore Ravens have a partnership with Caesars Entertainment and its Horseshoe-Baltimore casino property.

The New York Jets are teaming up with MGM Resorts and with 888Casino (which operates the online 888.com NJ sportsbook)

Caesars casino has signed a deal with the Las Vegas Raiders which is just starting out. Caesars will be a founding partner in the Raiders’ Las Vegas Stadium. Caesars will also be partnering with the Philadelphia 76ers.

MGM is the official gaming partner of the Major League Baseball and will have access to certain “enhanced statistics.”