Why is California Suing Activision Blizzard? 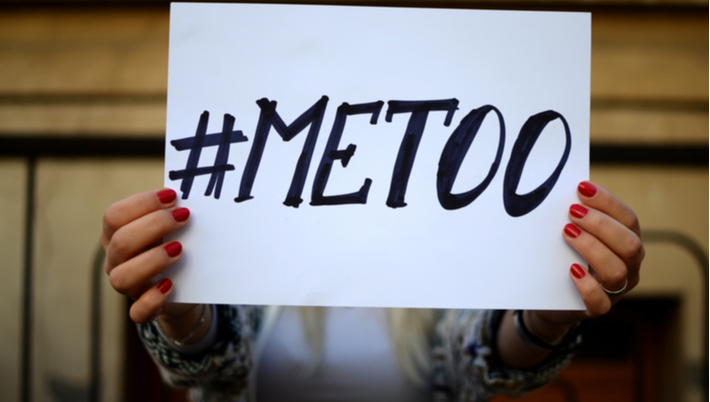 It’s taken awhile for the #MeToo movement to hit the Vegas casino gaming industry but the issue is finally being addressed by the industry.  In a lawsuit filed in July, California’s Department of Fair Employment and Housing (DFEH) gas targeted Blizzard Entertainment and its owner Activision Blizzard, claiming that the company allows a culture of gender-based discrimination and “constant sexual harassment to flourish. The DFEH claims that top executives have not only been aware of the behavior but and in some cases have been involved.

After the suit was publicized, multiple women stepped forward to corroborate the allegations. They say that working at Activision Blizzard was like working in a frat house. Male employees would drink and subject women to sexual harassment. There were no repercussions for “cube crawls.” Male employees would play video games during work hours, come into work hung over, discuss the bodies of their female co-workers, talk openly about their sexual encounters and joke about rape.

The suit describes a “frat boy” culture where sexual comments and advances were a common feature of the work environment. Male employees would make derogatory comments about rape, engage in demeaning behavior, discuss women’s body parts in front of the women themselves and make sexually suggestive remarks. Supervisors knew about this behavior and did nothing to stop it. On one occasion a male supervisor openly encouraged a male employee  to “buy” a prostitute so that he could “cure” his bad mood.

J. Allan Brack, president of Blizzard Entertainment, is one of the executives named in the suit. Brack, says the suit, was aware of and enabled such behavior. The suit details an incident in which a former Blizzard CTO “was observed by employees groping inebriated female employees at company events.”

Alex Afrasiabi, senior creative director of World of Warcraft  allegedly engaged in open and blatant sexual harassment for which he suffered no repercussions. Allegations of misbehavior on the part of Afrasiabi include comments made about the sexual nature of female co-workers. He asked female co-workers to marry him, tried to kiss them and put his arms around them. Afrasiabi’s behavior was witnessed by supervisors and other male employees who sometimes were forced to pull him off his female co-workers. The behavior was so egregious that his office suit was called the “Crosby Suite” in reference to convicted rapist Bill Crosby.

According to the allegations, the harassment was so extreme and unrelenting that one employee committed suicide.

The suit further claims that Activision Blizzard acted in a discriminatory way against women, refusing to promote women because, as one manager said, “she might get pregnant and like being a mom.” Pay disparity between men and women employees was also well-known as was retaliation against employees who protested. Employees were discouraged from complaining because, the suit states, “human resource personnel were known to be close to alleged harassers.”

Activision Blizzard calls the lawsuit “irresponsible behavior.” In a statement to The Verge, an Activision Blizzard spokesperson the suit was initiated by “State bureaucrats that are driving many of the State’s best businesses out of California….We value diversity and strive to foster a workplace that offers inclusivity for everyone. There is no place in our company or industry, or any industry, for sexual misconduct or harassment of any kind. We take every allegation seriously and investigate all claims. In cases related to misconduct, action was taken to address the issue.”

#MeToo in the Gaming Industry

Observers have been saying for years that the #metoo movement is coming to the gaming industry. In a sector that has often been compared to an Old Boys Club, the lack of diversity, empathy and accountability are finally being acknowledged.  There have been rumors and anecdotal stories floating around for years but starting in 2020, those complaints started to coalesce as testimonies about rape, harassment, abuse of authority, extortion, threats, assaults and more were posted from within the industry.

Not everyone gave their name but first gamers, then streamers and finally people from within the industry started to step forward.

#MeToo 2020 wasn’t the gaming industry’s first confrontation with the subject of sexual harassment. In 2014 Gamergate was unleashed when women started to speak out. The retaliatory bullying included death threats and many of those early spokeswomen were silenced. But the groundwork had been laid and when new allegations were made, the time was ripe for action.

Around the world women shared their personal stories of harassment. At first they were stories of relatively unknown personalities but as time went by, more names – including names of well-known industry insiders – came out. Now the authorities are starting to pay attention. The gaming industry is the fastest-growing sector of the entertainment industry and finally, it has been deemed important enough for officials to take not.

In addition to the gamers and the streamers, it was decided that attention should be paid to the operators, designers and other corporate bigwigs. Ubisoft has also come under fire for enabling a toxic work environment. One Ubisoft Vice President was accused of physical abuse of a female employee and physical contact with numerous women in the office space.  Another vice president was fired after he sent employees messages with sexual content and pornographic videos. He allegedly touched female employees and pursued sexual relationships with female workers.

Ubisoft  offenders specifically mentioned included Andrien Gbinigie, brand manager of Watch Dogs, who was accused of rape and is still employed by the company, Assassin’s Creed Valhalla creative director Ashraf Ismail who was accused of targeting female employees in sexual affairs by lying about his marital status and leveraging his role at the company and  Ubisoft’s chief creative officer Serge Hascoet  who resigned after allegations of sexual harassment and emotional abuse. Hascoet  was also accused of feeding employees cannabis-infused pastries without their knowledge. All of these allegations were open secrets within the company but accusers say that the men’s friendship with boss, Guillemot prevented any meaningful change.

Riot Games recently settled and agreed to pay out $10 million in another major sexual harassment and discrimination suit.

Ubisoft, Riot Games and Actvision/Blizzard are hardly the only gaming companies where such a culture of sexual abuse is – employees say -- occurring. . Obsidian Entertainment Inc. founder and game writer Chris Avellone is accused of plying women with drinks at gaming conventions and then taking them back to his hotel room for sex.  Sol Brennan, formerly of Insomniac Games Inc. wrote that Insomniac hierarchy had a pattern of protecting sexual predators. At Rocksteady Studios Ltd., 10 of the company’s 16 female staff filed complaints in 2010 describing sexual harassment, derogatory speech and slurs against transgender people.

Activision Blizzard protests that the suit is frivolous but the company has its work cut out to disprove the allegations. Since the suit was filed at least five former Blizzard employees have come forth on social media to corroborate many of the details of the complaint.