Why is Everyone Playing Wordle? 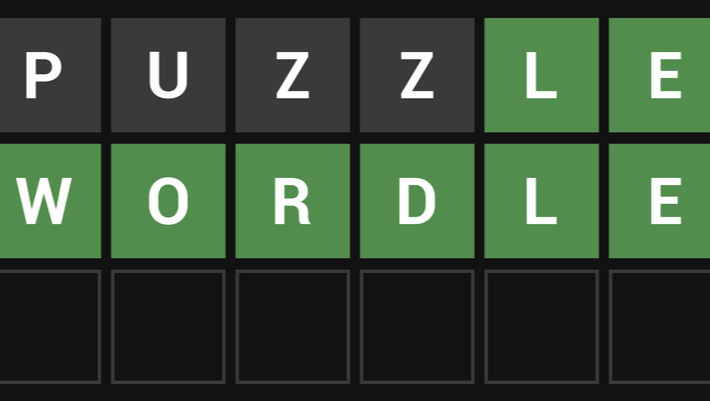 Over the last five months a simple word puzzle has been giving gaming enthusiasts at the Grande Vegas online casino USA and at other gaming sites a new and different challenge. The new experience is known as “Wordle” and it’s become the most-posted item on social media among users of all ages and backgrounds.

Wordle came on the scene in late October 2021. After its creator, Josh Wardle, developed it and gave it to his puzzle-loving partner, it was quickly picked up by puzzle and word game enthusiasts who wait eagerly for the Word of the Day. From 90 players in early November, the game has become the darling of millions of competitors who compete to see which of them can solve the day’s word in as few tries as possible.

It’s a little like hangman, the old pen-and-paper game which involved players trying to guess a word before a complete stick figure could be drawn into a noose on a tree – hence the name. Wordle takes players back to an era when there weren’t hundreds of apps competing for one’s time and attention. You can only play the game once every day so, the developer says, it doesn’t become obsessive.

But it has become something of an obsession for its fans for whom solving the puzzle is only half the fun. The other half is posting the achievement on social media – “only took me 4 tries today.” The more people who post, the faster the game spreads so there’s no need for advertising or email sign-ups…….the momentum builds on its own with no effort on the part of the developer.

People share their results in a Rubik Cube-style grid confrontation. New users are attracted to the simple, accessible and challenging game. Some observers believe that it appeals to people who are looking for a more innocent age when games weren’t chock full of add-ons, techie tricks and monetization efforts. There’s also an appreciation for the idea of one word a day – it is clear that the game is avoiding fostering addictive behavior. “It’s what the web was like when we first had it, it was much more playful” said Adam Procter, game design course instructor at Southhampton University.

Prof Chris Headleand, the head of game design technology at Staffordshire University, believes that Wordle benefited from its timing. Now more than ever, people need a short daily game to remind them to take a break and to take the opportunity to connect with family and friends, even if it’s over something as simple as a short word game.  In fact, sometimes connecting with something as innocuous and superficial as a word game can be easier and more relaxed than other types of more  intense conversations.

Wordle combines familiarity with code breaking games such as Mastermind and Scrabble. Players improve performance and show mastery over time which puts them into a “flow state.” Some people use algorithms to solve the daily Wordle puzzles while others have already worked out which words are the best words to start with so that you have the best chance of finding the highest amount of letters early in the game.

To play, you need to guess a five-letter word which you do by submitting other words. After each 5 letter words that you submit, you’ll be notified whether any of the letters in your guessword match letters in the secret word as well as whether they are in place. You need to guess within 6 tries in order to have succeeded but the challenge involves trying to guess the secret word in as few tries as possible.

In addition to the word challenge itself, a lot of the attraction comes from the low-frills website which is devoid of flashing banners, ads and requests to buy something. “It’s just a game that’s fun” said developer Wardle.

Wardle has a bit of experience in successfully developing websites. After leaving Reddit where he was a software engineer, Wardle created 2 social experiments  "The Button" and "Place" which were received positively. He started experimenting with a Wordle-type game in 2013 but once he came up with the idea of limiting players to one game per day, the perceived notion of scarcity propelled Wordle into stardom.

Another breakthrough came when he built an automated way for players to share their successes without spoiling the day’s game for those who hadn’t yet played. The simple design, says Wardle, gives the grid a “mysterious air” which piques people’s interest.

Just as Wordle enthusiasts were waiting to see whether Wardle would move forward with developing Wordle in a new way, the New York Times Company announced that it had acquired the game. The company is looking at different ways to increase its digital subscriptions and sees games like crosswords and Spelling Bee as a way to achieve that goal.

For now, the game is still free but many users expect the Times to monetize it in some way – perhaps by including access to the puzzle as part of a newspaper subscription package. A company statement said, “The Times remains focused on becoming the essential subscription for every English-speaking person seeking to understand and engage with the world. New York Times Games are a key part of that strategy.”

To access The Times print newspaper or core digital news app, the reader needs to buy a subscription (or purchase the paper at the newsstand).  There are also subscriptions to its games app (Games) as well as a recipe app (Cooking).  This business strategy has brought the millions of new subscribers – Games and Cooking alone have more than one million subscribers.  Now the question is whether Wordle aficionados will be prepared to pay to continue playing what they have come to enjoy as a free game.