Why is Roblox So Popular? 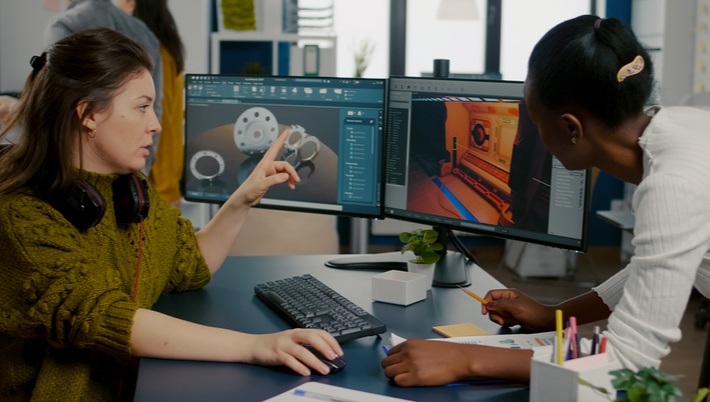 The online gaming world has been watching Roblox for an indication of how the gaming industry will do, long-term, in the post-pandemic era. Roblox created and operates the popular video-game platform where users can play and design games, reported bookings (a measure of sales that takes into account deferred revenue and other adjustments) for third-quarter 2021 that beat all expectations. The stats indicate, say analysts, that Roblox will continue to inspire users’ enthusiasm and loyalty despite the loosening of pandemic stay-at-home restrictions  and the opening of opportunities to move around freely.

Along with increases with Grande Vegas casino login activity, Roblox booking rose 28% to $637.8 million in Q3 – much higher than the $624.2 million that analysts had been expecting, Shares in Roblox surged by as much as 35% even though Roblox is still showing a net loss which reflects the fact that the company defers a percentage of its revenue to later periods and the increased spending required to grow the business.  Still, overall, it’s good news for Roblox and for the entire gaming industry which has been waiting to see how the gains that they experienced during the pandemic will play out once people begin to return to “regular” life.

Roblox is a free online platform that was founded in 2004. On the Roblox platform users can create their own games, design new games and play each other’s games. The Roblox platform provides the tools to create the games with revenue being shared with developers from sales of Robux – the platform’s virtual currency – which players purchase with real money. Robux includes in-game upgrades or avatar accessories like costumes and pets. During the third quarter revenue more than doubled to $509.3 million.

In March Roblox went public at a $45 billion valuation. Shares have surges more than 70% since then, though the pandemic has seen its fortunes ebb and flow. Analysts believed that the loosening of many pandemic-related restrictions would reduce the time people spent on video games but Roblox has surprised everyone. Over the second quarter 2021 the platform increased the number of average daily active users to 47.3 million, a 31% increase over the same period in 2020.

Craig Donato, Roblox’s chief business officer said, “We continue to see our growth grow globally.”  Donato said that 75% of the company’s growth comes from Asia though, as the Chinese government tightens restrictions on children’s access to online gaming, “there may be some strategic changes we need to make.”

Donato said Roblos is also optimistic about its appeal to older audiences, specifically individuals who grew up playing Roblox. As these players age they’ll find other players aging with them for a satisfying social gaming atmosphere. “We now have more users over 13 than under 13,” Donato said.

Roblox is embracing the idea of the so-called “metaverse” where users live and play together in a virtual playground. Roblox has been promoting the idea of the metaverse for years but the idea is getting traction from Facebook which has renamed itself as “Meta Platforms Inc.” and is embracing the idea. While some may see FB/Meta Platforms as Roblox’s greatest competition, Donato doesn’t see it that way. Each company sees the metaverse in its own way, says Donato. “It’s a very broad concept.”

The virtual world will aim to cater to players’ needs by empowering its community with tools to maintain relationships similarly to the way that they exist in real life while facilitating a safe atmosphere.

Roblox chief of technology Dan Sturman says that the metaverse will focus on real-time interaction which the company is already doing by connecting players in virtual online spaces. Now the goal will be to expand on this functionality. The company is also researching ways for people to find activities that will appeal to different demographics and a wide age range that they can do with others in real-time.

Such developments will require that Roblox invest in making foundational improvements to its technology by reducing the sort of lag that ruins the illusion of real-time interactivity for users.

Security is also a concern, meaning that Roblox will need to address age verification and the requirements of each individual jurisdiction.

At the heart of the Roblox metaverse is Roblox’s goal of getting players to interact. The company has created a proximity-based physical voice chat that has successfully made Roblox feel like a living, bustling, interactive world where player communication is an integral aspect of the platform. Through this chat function, online friendships mirror the real world, leading to a sense of realism that expands into immersion and world-building.

Facebook drew a lot of attention with their name-change and plans to build a metaverse but Roblox’s creation, which came as an offshoot of its gaming platform, seems, to many, to be more organic and in tune with the concept of such a vision. Facebook and Microsoft are both working on building metaverses but the smaller Roblox might have an advantage in that it shifted to a metaverse model even before the term was coined by introducing multi-player gaming and launching its Roblox Studio free developer program.

Some of Roblox’s early success include a Nikeland Roblox space where users play games, socialize and check out products, the NFL virtual store, a Fortnite online gaming environment and concerts and performances that can bring in tens of millions of viewers per show.

Bloomberg analysts predict that the metaverse could be valued at $800 billion by 2024,

The immersive metaverse is closer than we think.