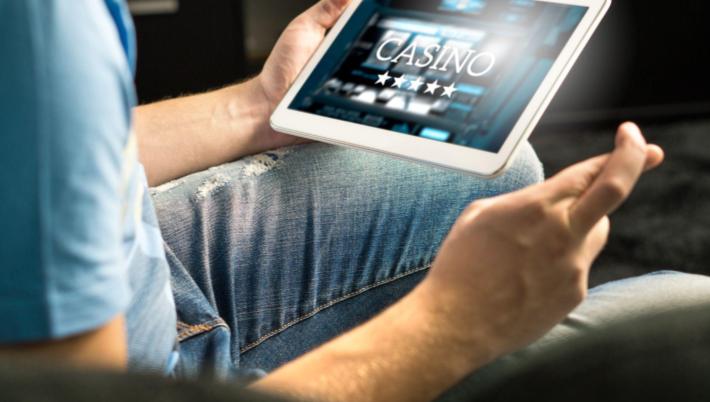 A recent study by GamblingCompliance, VIXIO, estimates that adoption of internet gaming by the 42 states that currently have legalized on-site gambling would result in an increase of $6.35 billion in tax revenue. The study, commissioned by gaming equipment provider and developer Light & Wonder (formerly Scientific Games) assessed the tax benefits for states given a 20% tax rate.

Prior to 2018, Grande Vegas online casino USA and other types of online gaming wasn’t officially legal in any US states. The Federal Wire Act of 1961 outlawed interstate wagering on sports but it didn’t relate to other forms of gambling. The Unlawful Internet Gambling Enforcement Act of 2006 (UIGEA) outlawed financial transactions involving online gambling service providers but it did not specifically prohibit online gambling.

When the Supreme Court ruled in 2018 that states could legislate for sports betting in their own jurisdictions, a number of states, beginning with New Jersey, embraced online sports betting immediately and that model has been adopted by many of the other states that have legalized sports betting. A number of those states have expanded online gambling to include casino games.

The most popular and widely-legalized form of online gaming is sports betting which generated $4.3 billion in gross revenue in 2021. Online sports betting is legal in 21 states and other states are considering it though pushback, notably from tribes who run tribal casinos, is a major factor in it not being legalized in many of the remaining states.

The VIXIO report notes that igaming markets in states that have legalized online gaming don’t reach maturity till the second or third years.

The acknowledgment that online gaming brings in significant revenue to state treasuries is nothing new but the GamblingCompliance VIXIO report emphasizes should give states that haven’t yet legislated for igaming food for thought. In an era when states are scrambling to cover deficits caused by the COVID-19 pandemic upheavals, it’s hard to ignore the reality that such income could create.

Howard Glaser, Light & Wonder’s global head of government affairs, said noted that expanding the legal online casino gaming would allow states to slice into the illegal offshore internet gaming market while enjoying the fruits of the increased tax revenues.“States are leaving billions of dollars in tax revenue on the table which could fund a variety of public programs and services without resorting to broad-based taxes,” Glaser said.

Some states have lagged in implementing online gaming. Surprisingly, Nevada has shown no great urgency in the drive to offer full online casino gaming. The Nevada Gaming Control Board even postponed a workshop hearing to discuss the regulatory changes that would be needed for the state to offer a full schedule of igaming and has never rescheduled the hearing.

Observers note that there’s a lack of unanimity among the gaming community for adding online casinos. Internet poker is currently legal in Nevada but the state has just one active site operated by Caesars Entertainment which is based on the World Series of Poker.

Conversely, Iowa, Indiana, Illinois, Kentucky and New York are considering iGaming legislation this year. Indiana Republican state Sen. Jon Ford, the president of the National Council of Legislators from Gaming States (NCLGS), said, “We certainly recognize that iGaming, when structured properly, has the potential to attract a broader demographic, and to become a meaningful source of state tax revenue.”

Nowhere is the issue more contested than in California where two separate initiatives that would allow sports betting are set to appear on the 2022 November ballot.  The California Sports Wagering Regulation and Unlawful Gambling Enforcement Act, Proposition 26, backed by a group of Native American gaming tribes, would limit sports betting to the state’s four horse tracks and to tribal casinos.

The California Solutions to Homelessness and Mental Health Act, Proposition 27, is backed by a number of large casino operators including FanDuel, BetMGM and DraftKings. It would legalize online sports betting throughout California. This initiative is also supported by Northern California Native American tribes who oppose the domination of California tribal gaming by the larger gaming tribes.

If Proposition 27 passes, existing operators could partner with a tribe to launch a mobile betting platform. By using a “white-label” company like OpenBet or Kambi, their own platform, the tribe would be the front-facing band while the operator would essentially provide the hardware, software, and risk management.

Promotors of Proposition 27 say that by offering online gaming they can improve the living conditions of their tribal members and protect their tribes’ sovereignty.