Will eSports be an Olympic Sport in 2028 Games? 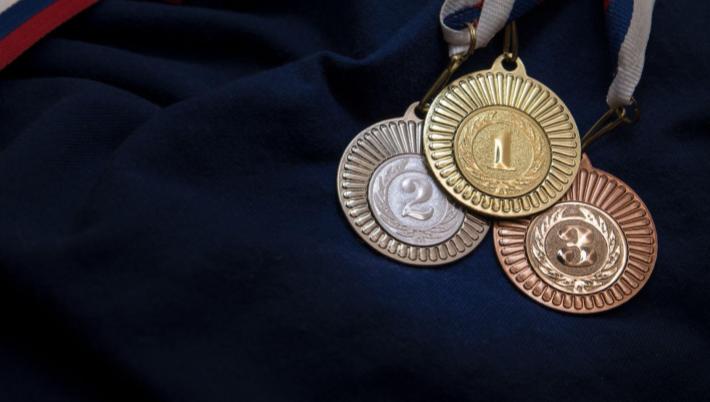 Gamers, Las Vegas online casino players and others, have started betting on whether esports will be an Olympic sport at the Los Angeles games in 2028. There has been no official announcement to date from the International Olympic Committee about the inclusion of the controversial esports in the 2028 lineup.

But at the end of 2022, the IOC did give  an indication that there could be esports wagers taken by 2028 when they agreed to sponsor the first Olympic eSports Week in Singapore in June 2023. Through this sponsorship, the IOC takes another step towards acknowledging that esports will be an Olympic sporting event in LA 2028.

So let's put our instant online casino fun aside for a moment and look to see what esports at an Olympic would even look like.  We'll see that this possibility is full of issues.  Not like the ease of taking our phone out for some quick fun playing our fav games at our fav instant play casino - Grande Vegas.

What esports would be involved?  How would it work?  How close is a final decision?  Read on.....

With its announcement the IOC has taken a major step towards engaging with competitive gamers through demonstration of support of the development of virtual sports as part of the Olympic Movement. Olympic eSports Week will move forward in partnership with the Ministry of Culture, Community and Youth, the Singapore National Olympic Committee (SNOC) and Sport Singapore.

The Olympic Esports Week will showcase hybrid simulated and virtual sports  in a four-day festival. Included in the week will be exhibits of the latest technologies, education sessions, panel discussions and show matches.

The week’s highlight is expected to be the first live, in-person finals of the Olympic Esports Series. The series involves a global simulated and virtual sports competition which has been created in collaboration with the International Federations (IFs).

The series takes last year’s Olympic Virtual Series, which attracted over 250,000 participants from across 100 countries, one step forward. Competitions in virtual and simulated sports will include motorsport, cycling, baseball, sailing and rowing.

IOC President Thomas Bach said, “The first Olympic Esports Week marks an important milestone in our ambition to support the growth of virtual sports within the Olympic Movement. We believe the exciting new format of our virtual sports competition, with live finals to be staged for the first time, is an opportunity to collaborate further with esports players and to create new opportunities for players and fans alike.

It is a perfect opportunity to be partnering with Singapore, which has a history of supporting innovation in the Olympic Movement, hosting the inaugural Youth Olympic Games in 2010, so we are looking forward to working together closely.”

IOC Vice-President  and SNOC Board member Ng Ser Miang said: “The Singapore NOC shares the Olympic Movement’s ambitions of exploring the development of virtual sports. Singapore has a track record of successfully hosting some of the biggest events in the virtual sports and esports calendar – we are honoured to be collaborating with the IOC to bring this shared vision to life.”

eSports, which is the fastest growing gaming sector, is attracting a growing audience and the Olympic Committee hasn’t been ignoring its popularity. eSports has become a serious competitor to traditional sports and that is expected to increase as 5G and AI evolve. eSports was introduced into the Commonwealth Games this summer where 100 esports athletes competed in 3 selected video games.

From a relatively niche activity favored to a small group of enthusiasts, esports has evolved into a sport that easily draws large audiences both online and in-person. It is a magnet for sponsorships, marketing and large rewards and is currently dominated by Asian countries who were early to develop the infrastructure to foster fanbases and talent and to legitimize it as a sport.

Now, mobile esports is providing new opportunities for players, teams and companies in less-developed esports markets as global connectivity sets to increase in the coming years. eSports has proven to be easy to monetize so esports athletes and professional gamers will find it easier to earn revenue so they aren’t dependent on governments or Olympic NGOs to support their training and competitions.

The IOC is well aware that the demographic of esports is concentrated around the younger generation. Even though esports goes against the traditional spirit of the Olympics which promotes physical activity, the IOC is determined to keep the Olympics relevant to young viewers and if that means that they need to start featuring digital sporting events, they are prepared to do so.

Recent Olympic Games have already included sports designed to attract young people including surfing, breakdancing and skateboarding and now, it seems that 2028 may also include esports events.

One hurdle that esports will need to overcome is the frequent use of Adderall by esports athletes  who take the stimulant as a “mental steroid” to enhance performance.  It’s an open secret in the esports community that many competitive gamers take Aderall as a kind of performance enhancer to sharpen their reflexes and response times during game play.

One esports league regularly tests for Adderall as a banned substance but most do not. Players acknowledge widespread use of Adderall which, some say, isn’t a performance-enhancing drug but rather a mood enhancer. If esports becomes an Olympic sport, the IOC will have to determine whether use of Adderall could potentially disturb competitive balance.

If esports does make it to the 2028 Olympics it won’t be the only new sport to be featured. Motorsport, lacrosse, cricket, kickboxing, flag football, baseball-softball and squash have also been invited to submit requests for inclusion. To date, 28 sports have been confirmed on the 2028 programme. Boxing, weightlifting and modern pentathlon are also possible additions as is cricket which last appeared in the year 1900.