Will eSports Become an Olympic Event? 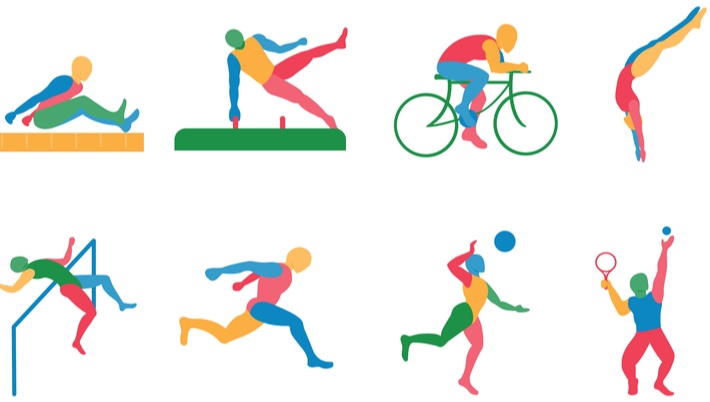 Prior to the summer 2021 Summer Olympics, the question of if, how, and when to incorporate esports into the Olympics was on the table. Now that the Winter Olympics has passed, it’s clear that the issue of Olympic esports events is more pressing than ever as esports supporters push to have it accepted as a  competition.  Let us here at Grande Vegas casino online real money games lay it out for you.

Over the years there have been many additions and subtractions of Olympic sports. Tug of war and polo are “discontinued sports” and games such as archery and tennis were once discontinued but have been reintroduced. New sports such as curling and baseball have been added to the program over the decades and karate, surfing and skateboarding were introduced only last year in 2021.  Breakdancing is scheduled to debut in the 2024 Paris Olympics.

Now video gaming fans are urging the International Olympic Committee to adopt esports as a recognized Olympic competition, a suggestion that will, observers say, make the Olympics more relevant to today’s generation of gaming enthusiasts.

The first steps towards bringing esports to the Olympics was taken last summer when the Intel World Open esports tournament met in the days leading up to the 2020 (held in 2021) Tokyo Olympics. 11,000 participants from 95 countries competed in the month-long competition for $500,000 in prizes. The competitors played Rocket League and Street Fighter V with almost 300,000 viewers  tuning in to a Rocket League Open World bout.

Sierra Reid, Intel World Open and esports program manager  said, "We're huge supporters of esports so if we can share the unique experience of watching sports with new audiences leading into the Olympics, that's exciting to us. If more comes out of this demonstration, we'd be huge supporters regardless of where it goes."

The IOC is watching the developments with a wary eye but they haven’t nixed the idea of working towards including esports in future Olympics. David Lappartient is the chair of the International Olympic Committee’s esports and gaming liaison group. He said that the Open World tournament, which was promoted on the official Tokyo 2020 site and streamed there, was "an exciting step forward for the virtual sports world and the Olympic movement."

Many of the Olympics’ sporting competitions are untraditional — rock climbing, surfing and breakdancing among them. But to achieve a slot as an Olympic event, esports must overcome the perception that esports is a game of skill that lacks the element of physical exertion.

There’s no doubt that esports popularity is growing, especially with the all-important youth market. Over the last 20 years esports has grown into a billion-dollar industry. The COVID-19 pandemic has highlighted esports’ role as a meaningful way for players and viewers to connect on an international level over video gaming. Gamers can actually make a living through their gaming activities – through competitions and providing streaming entertainment. Millions of people tune into matches from which the Olympics could benefit.

NewZoo, a games and esports analytics and market research site, reports that esports has almost 500 million fans around the world with that number estimated to grow by 100 million by the 2024 Paris Olympics. Most esports fans are male, young and affluent says GlobalWebIndex with the majority in the 18-34 demographic. Activate estimates that this year 84 million people will watch esports either as casual viewers or as hard-core fans. That’s more than every professional sports league other than the HFL.

In 2016, 27 million Americans watched the Rio Olympics every night while the League of Legends World Championships had about 43 million viewers. Olympic viewership has dropped – only 16.7 million US viewers watched the Olympics each night, the lowest number in 33 years – while viewership for esports is rising. The New York Times called interest in the Olympics a “disappointment” while CNN declared that  "NBC's Summer Olympics ratings are in free-fall."Joost van Dreunen, an esports advisor and investor, summarized, saying "The IOC … needs to adjust and adapt to a modern age and cater to contemporary audiences. Tastes change."

According to MarketWatch, traditional sports audiences are growing older. Most viewers watching traditional sports events are 40 and older with the average age of a MLB game being 57,  for the NBA it’s 42 and for the NFL it’s 50. eSports events are seen as being more relevant to young audiences with the average age of an esports viewer being 31. By incorporating esports into the Olympic Games the IOC could draw in a whole new crowd to all of its events.

Much depends on the type of esports competitions that would become part of the Olympics. Eri Anderson, head of esports for FaZe Clan, believes that "A non-shooter game would have an easier time getting adopted [into the Olympics], something more similar to a football or traditional sport that's already there." But not all esports are equal — it's first-person shooter games -- like Valorant,  Counter-Strike or Call of Duty -- that are the most popular with gamers and fans. The IOC must measure that against the reality that the popular titles go against what they say that they’re all about.

IOC President Thomas Bach told the Associated Press in 2018 that "We cannot have in the Olympic program a game which is promoting violence or discrimination.” The IOC, however, must focus on keeping the Olympics an international event that takes the needs of the majority into consideration when making their determinations of which games to promote.  That balance is still hanging.