Will eSports Expand in the Public School System 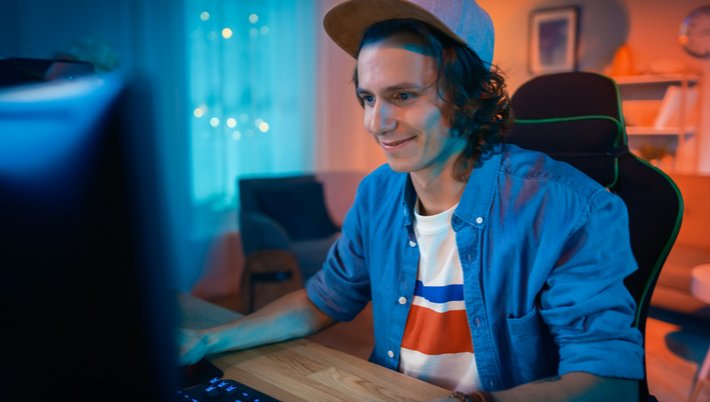 Opponents of esports in the public schools say that schools should be teaching kids the basics. But like it or not, school systems across the world are coming to see esports as an activity that can enhance traditional learning while teaching kids 21st century skills that they might use in the future.

In the same way that, for decades, fans sat on the bleachers watching their high school teams play football and  basketball against other districts, esports competitions are now gaining popularity among young students who train and compete just like football and basketball players in their parents’ generation.

eSports doesn’t involve online casino games with Grande Vegas Casino promo codes,, supporters note. It’s competitive gaming but participants do everything from rebuilding computers to make them run faster to wiring networks to ensure that they provide the fastest possible WiFi connection. In short, not only do players engage in the competitive gaming aspect of esports but they gain real-world skills and knowledge that can help them for years to come.

eSports have been featured in universities and colleges for a number of years but now, especially in an age when everything possible is being done to encourage social distancing, esports are being embraced by high schools around the country.

In Ohio, where many districts are promoting esports, Nic Rider, founder and president of eSports Ohio, a non-profit that promotes esports in the schools, explains that, when combined with “soft skills” like personal growth and communication, esports stands out as an activity that facilitates growth for teens.

It combines STEM, traditional athletics and computer skills, says Rider. “This just blows traditional sports out of the water and its capabilities.”

High school esports has surged in recent years. Schools are finally starting to see the advantage of fielding esports teams which represent their schools and fulfill students’ attraction to video games.

Until recently, school systems have not been involved in video gaming, which has been growing in the decades since it was incubated in college labs  in the 1950s and ‘60s. The first at-home games and consoles for the average consumer became more readily available in the 1970s.

Since that time, competitive gaming has grown internationally. In addition to professional teams, many universities now field esports teams in intramural competition and, just as they offer scholarships to football players, they give out scholarships to esports athletes. High schools around the country have been trying to get these scholarships for their students by preparing the students with high school training and tournaments .

In January 2020, seventeen states and the District of Columbia had formal esports teams. COVID-19 school closures has put a damper on the momentum but multiple districts have added esports to their curriculums and sports activities since then. There are different esports organizations for different states and each maintains its own requirements, schedules and games but  they all facilitate team competitions between schools.

eSportsOhio has become one of the most active esports organizations promoting esports in the schools. Rider says that his organization has watched the sport grow in popularity since he started eSportsOhio in 2018 with 16 teams. Today the organization has over 100 schools in 17 districts registered with competitions in games including Overwatch,  Rocket League, Fortnite, Valorant, Smite, Super Smash Bros and League of Legends.  Additional schools including Hiland High and Wooster High are in the process of starting their teams but they haven’t yet played a season.

At Wooster, Logan Brown, a senior, worked with his social studies teacher, Bryan Ehrlispiel, to get their Board of Education to approve the new sport. 50 students attended the team’s first informational meeting but with a budget for equipment and practice, the program is a clear “go.” Tryouts will take place this spring and the school is confident that it will field a competitive team next year.

Schools are looking at the benefits that fielding esports teams can offer. For one, it gives more of their students a shot at getting scholarships at universities that are looking for team members for their own teams.  In Ohio, there are at least 18 colleges that give scholarships to incoming esports players that will compete for them including Ohio State, University of Akron and Kent State.

“Students who might not have ever thought about going to Tiffin University to pursue anything, are now like, ‘Hey, I can play esports and you know what, I can also learn about multimedia production and streaming,’” said Rider.

Rider says that esports also offers afterschool activities that engage students more actively in their school. He said that 75% of the 3000 students that his organization surveyed say that they had never participated in a sport before becoming involved in esport.  “It's a complete new demographic of kids that didn't have anything before esports and now they have a sense of belonging and a place to call their own in school,” Rider said.

Rider says that it’s not difficult for a school to start an esports program. They need a budget for equipment, space to train and a coach supported by the school. The local esports organization can also help with resources as can the community.

“We really want students, parents and most of all, coaches to know that you're not just a warm body that's in a classroom letting kids do their thing,” Rider said. “You are overseeing a program, you're helping to develop skills in these students and esports can be just as competitive as traditional athletics if built the correct way.”