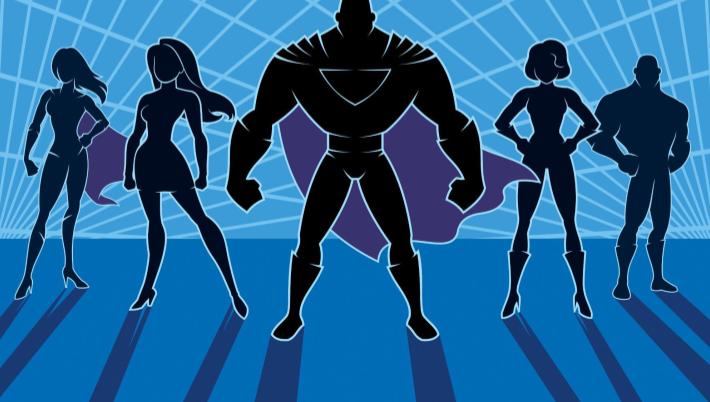 Electronic Arts promises some surprises this September 30 when it launches its latest FIFA esports game, FIFA 23.  The Grande Vegas online casino USA is preparing veteran and new FIFA fans for a totally new kind of action as Marvel Comics’ superheroes joins the cast of FIFA Ultimate Team Heroes for the highly-anticipated 2022 game.  Here's the latest scoop....

Electronic Arts, now to be known as EA Sports FC, is now in competition with FIFA and for their new eFootball franchise they are teaming up with Marvel Comics in an attempt to make the online FIFA competitions more energizing and more attractive than ever.

Football video games including Sensible Soccer, Kick Off, Tehkan World Cup and Match Day  have been popular among video-gaming football fans for more than 40 years.

In 1995 Electonic Arts launched FIFA International Soccer which intrigued fans because it had the official stamp of the FIFA world governing body.

Over time the series has added additional installments based on single major tournaments including the UEFA Champions League, the FIFA World Cup, the UEFA European Football Championship and the UEFA Europa League.

FIFA 23 is the final installment in the FIFA series. It will be released on 30 September 2022 for PC, Switch, Nintendo  Xbox One, Xbox Series X/S, PlayStation 4, PlayStation 5 and Google Stadia. The new FIFA will introduce a cast of FIFA Ultimate Team Heroes straight from Marvel comics.

The collaboration between Marvel Comics and EA marks the merging of two of the biggest entertainment brands in the world. Fan favorite Marvel characters have become cult heroes and  by introducing them into FIFA 23 players will be able explore both esports soccer and the famous Marvel superheroes in new and exciting ways.

Along with the characters, the FIFA 23: Superhero Invasion includes other special items related to the Marvel heros including kits, footballs, cheering items and more. As a special incentive players will be gifted with a new Marvel Heroes online comic – physical copies are to be released at a later date – along with Marvel’s written biographies.

Basic versions of FUT Heroes will be available as soon as FIFA 23 launches. Within the game each FUT FIFA World Cup hero will be given a special illustrated FUT map to celebrate the character’s status as cult heroes.

EA and Marvel have teamed up in the past on a forgettable fighting game and early reports about the collaboration indicated another such fighting game so the announcement that the focus would be on football was something unexpected.

The crossover makes it clear that both companies acknowledge that the technique, long-used by games such as Fortnite and Call of Duty, is a successful way to get people in long-running video games.

Early promotional images for FIFA 23 show FIFA 23’s Ultimate Team mode and its FUT Heroes plus announcements for “Heroes” with both the game’s logo and Marvel’s logo. When users click on it they are presented with cards that represent well-known footballers from throughout the sport’s history.

Now, fans are asking what form this Marvel crossover will take. It’s been suggested that specific Marvel characters will be added as players to be recruited for players’ teams in the Ultimate Team mode.

For FIFA games that have, in the past, been based in reality, it’s challenging to try to imagine how cartoony, outlandish characters and experiences –- real-life players running down the field next to comic book characters -- will integrate into the games without upsetting the balance of the gameplay.

What is more likely is that the blended game will be an extension of FIFA 22 FUT Heroes cards where famous players appeared in invented superhero costumes but that hasn’t been confirmed. In the meantime, neither Marvel nor EA is giving up any secrets.