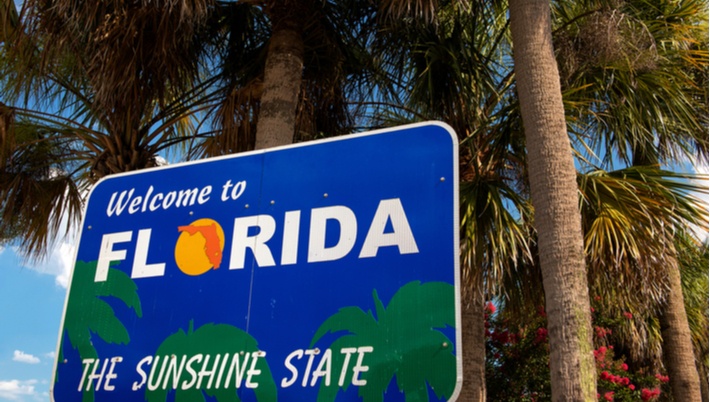 The Seminole Tribe of Florida was one of the first American tribes to get involved in casino gaming. They began to organize as a political entity in the 1950s when they fought against Congress’s plan to terminate federal tribal programs. They drafted a tribal constitution and formed a governing body, the Tribal Council, which was responsible for self-government of members’ affairs. They also created the Seminole Tribe of Florida, Inc. to oversee tribal business matters.

In the 1970s the Seminole tribe set out to set up casinos that would offer tribal gaming. They started out with a bingo hall that was located on the Dania Reservation and  grew from there.

The Seminoles fought with the state of Florida for years to be able to operate their gambling venues. The Indian Gaming Regulatory Act (IGRA) was passed by Congress in 1988 which gave native tribes the right to regulate gaming according to Classes (Class 1 – traditional, low-value gaming, Class II – bingo, pull tabs, etc, and Class III – slot machines, poker, craps, etc. Class III gaming was to be regulated by compacts set up between the states and the tribes and overseen by the National Indian Gaming Commission.

Tribes opposed Congress exercising power over the tribes which included an IGRA mandate for tribes to negotiate with the states to create compacts that would govern their gaming enterprises. As the Seminoles continued to struggle with the State of Florida which was hampering tribal casino activities, they took their case that the state was violating the good faith negotiations requirement of the IGRA to the United States Supreme Court.

In Seminole Tribe of Florida v. Florida, SCOTUS ruled that the Seminoles could not sue Florida but was a victory for the Seminoles because it exemplified the Court's increasingly adamant refusal to countenance the headlong expansion of Congress's regulatory power under the Constitution's Commerce Clause

Over the last 20 years the Seminoles have become a powerhouse casino operator in Florida. The tribe of about 4,300 controls six Florida casinos and an additional six in other states, the Dominican Republic and Canada. If they can overcome opposition to their latest compact with Florida, they will control the largest legal sports betting operation in the country.

Him Allen, chief executive of Seminole Gaming and chairman of the Seminole-owned Hard Rock International said “There is no one else in the casino industry with that kind of global footprint.”

The Seminoles never signed a treaty with the United States government. Those who avoided being exiled to Oklahoma got involved in Florida’s burgeoning tourism industry in the early 1900s. They made crafts to sell as souvenirs and wrestled alligators as entertainment. After they elected their new tribal council in 1953 they won federal recognition as a sovereign nation which meant that they could sell products cheaper than other merchants because they didn’t pay taxes.

The Seminole’s success in standing up to Florida’s state government and build gambling operations around the state inspired other tribes in other states to get their own casinos going. Currently, according to the National Indian Gaming Commission, 247 tribes in 29 states operate 527 gaming operations. The Seminoles are among the top three tribes in terms of gaming revenue.

According to federal law, tribes must negotiate with their state on any operations beyond bingo and poker. In 2019 the Seminole’s previous compact with the state of Florida fell apart because, the Seminoles believed that the state wasn’t enforcing their ban on competitors. Governor DeSantis renegotiated the compact which now gives the tribe the opportunity to expand into sports betting and mobile gaming.

If the deal stands (there are numerous objectors, some of which are getting ready to challenge the deal in court), a bet can be made online anywhere in the state and still have been placed on the tribes land – because that’s where the computer server is located.

All this is dependent on whether the compact survives challenges by both pro-gambling and anti-gambling forces. These groups are uniting in their opposition to the compact which may not even be approved by federal Indian gaming authorities.

Main points of the deal include:

Lawsuits have already been filed by both racinos (known as “pari-mutuels”) and other critics. They say that the agreements violates the Indian Gaming Regulatory Act, The Unlawful Internet Gambling Enforcement Act and the Federal Wire Act.