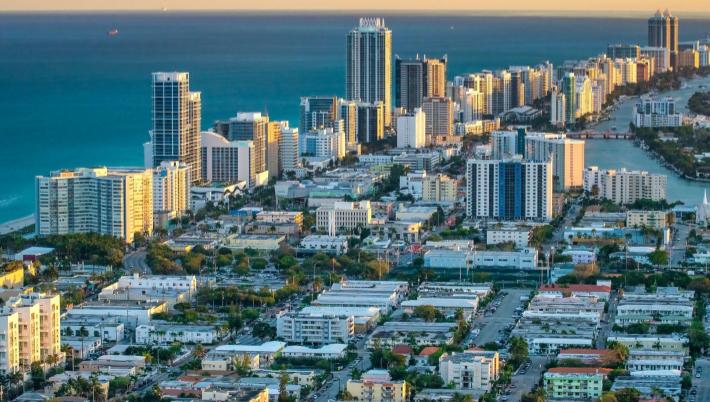 Multiple bodies supporting sports betting in Florida including Florida’s governor, the state legislature, the Seminole gaming tribe, casino operators and the U.S. Department of the Interior have returned to court to defend a sports-betting deal that had been hammered out among the various sides.

They are arguing against the No Casinos anti-gambling organization which is insisting that the will of state voters, who had voted to support the Florida Constitutional ban on expanding gambling, be honored.

In January of this year, a federal judge ruled that a compact that would have allowed sports betting to become legal in Florida was unconstitutional.

The compact had been signed last April by Governor Ron DeSantis and representatives of Florida’s Seminole Gaming Tribe and was then ratified by the Florida legislature.

Had the compact been accepted by the court the Seminole Tribe would have been able to expand their Florida gaming enterprises and introduce sports betting and Vegas online casino gaming to the state.

The Seminole Tribe has had exclusive rights to operate gambling facilities in Florida for years. The latest compact, which was signed in 2021, will give the Seminoles exclusive rights to operate sports betting and online gambling in the state as long as bets are funneled through computer servers located on tribal lands. In return, the Seminoles agreed to allow other operators to expand their land-based casinos.

The 30-year compact was approved by the U.S. Department of the Interior whose National Indian Gaming Commission is charged with overseeing tribal casinos.

Opposition to the compact came from a number of objectors. In addition to the No Casinos group there were objections from those who argued that the compact would cover Seminole activities outside of tribal lands and thus, would not be covered under the Indian Gaming Regulatory Act.

In January, federal Judge Dabney Friedrich of the district court of the District of Columbia agreed. He ruled that the State of Florida didn’t have the authority to give the Seminole Tribe a monopoly on sports betting. The judge’s ruling invalidated the agreement.

To no one’s surprise, supporters of the compact, including the U.S. Department of Interior, appealed that ruling. The Seminole Tribe, the state and the Department of Interior filed arguments with a federal appellate court in which they argued that, by funneling bets through computer servers on tribal lands, the letter of the law – if not the spirit of the law – was being honored.

No Casinos, which is arguing separately that Florida voters already decided that gambling should not be expanded in the state without a statewide referendum, filed its own amicus brief in the case.

According to the U.S. Department of the Interior’s brief,  Judge Friedrich’s ruling doesn’t account for the fact that the compact is not applicable to gambling off tribal lands, the federal brief argues. Instead, it authorizes games like slots, roulette, craps and blackjack on Seminole land. As regards sports betting, that component is covered by the Florida Legislature which passed a sports betting law at the same time it approved the compact – a move that it is legally allowed to do under IGRA.

The brief states that “The legality of any non-Indian land activities discussed in a compact is instead a matter of state law: If the state courts ultimately decide that those activities are not authorized by state law, then those activities will not be permitted, regardless of what the compact contemplates…..But the secretary [of the Interior] has no duty to predict what the state courts will say about those non-Indian lands activities when deciding whether to approve the compact in the first place.”

The lawsuit that resulted in the appeal was brought by Bonita-Fort Myers Corp. and the West Flagler Associates Ltd., respectively a poker room operator and a casino. Other tribal gambling associations have filed amicus briefs in support of the Seminoles.

According to the Seminole’s brief, other states use similar tactics including Arkansas, Michigan, Rhode Island and New Jersey and federal law has “no language limiting the scope of these provisions to activities occurring on Indian lands or preventing the shifting of regulatory jurisdiction over activities occurring outside Indian lands, especially when such a shift is expressly authorized and implemented by state law.”

The brief concludes that “The gaming industry in the United States is moving inexorably online, particularly with respect to sports betting.”

The court must decide whether federal Indian gambling law allows compacts to control tribal gaming operations that don’t occur on tribal lands. If a smartphone that’s located off tribal land is used to lay a bet that is processed by servers that are located on the tribal lands, is that viewed as being directly related to the operation of gaming on those lands?

According to Florida Attorney General Ashley Moody, “the secretary’s deemed approval was lawful because nothing in IGRA prohibits a compact that governs gaming on Indian lands from also addressing gaming off Indian lands — gaming that is authorized by Florida law, not the compact. Affirming the district court’s reading of IGRA would deny the state and the tribe the massive economic benefits flowing from their agreement and would have considerable nationwide impact.”

Even if the compact is approved by the appellate court, the anti-gambling No Casinos organization will continue to argue that Amendment 3 to the Florida Constitution, passed by Florida voters in 2018, negates the agreement because it mandates that the compact be approved by the voters.

State lawyers argue that, since the casino games will be processed by servers on Indian land, the measure doesn’t apply. According to No Casino’s spokesman John Sowinski, the tribe and the state shouldn’t be allowed to expand gambling unless it’s approved by a statewide referendum. “You can’t have it both ways. You can’t have it both be exempt from Amendment 3 and have it be off tribal lands, because Amendment 3 affects everything that takes place within the state,” Sowinski told FloridaPhoenix. “It’s an intellectually dishonest argument; it is an argument that is an affront to the people of Florida who have the right in their constitution to control what forms of gambling exist outside of tribal lands.”