Will Martha’s Vineyard Ever Have a Retail or Online Casino? 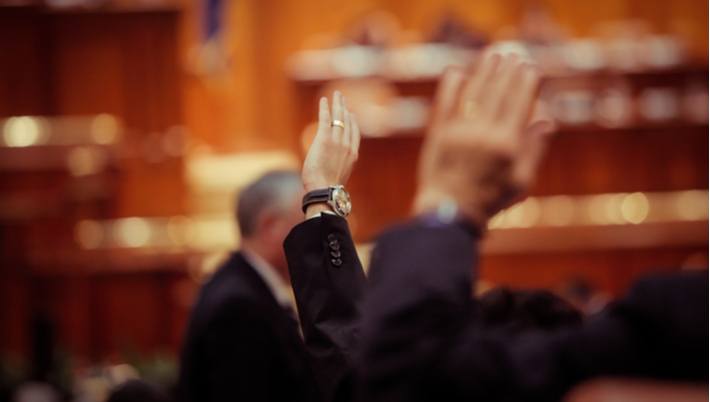 The ruling, issued in June, upheld a lower court ruling that found that the Wampanoag tribe has the right to move forward with plans to build a gambling facility on their tribal reservation lands. The venue may, eventually, include an online casino. However, the court obligated the tribe to work with planning officials in following zoning regulations and obtaining needed building permits.

The tribe has been trying to build a gaming facility on the island for years. They plan to feature electronic gaming machines in the venue along with a beer and wine bar, a mobile food vendor area and an outdoor seating area. The casino is expected to employ 100 part- and full-time employees when operational.

The ruling is the latest in a long series of sniping between the Wampanoag Tribe and authorities on Martha’s Vineyard over the tribe’s plans to build a casino on the island. In 2013 the tribe announced plans to convert a community center in the town of Gay Head into an electronic bingo hall. Governor Deval Patrick filed suit against the tribe to try to block their plans. Patrick had refused to negotiate a gaming compact with the Wampanoag tribe over another Massachusetts casino, this one off-island.

The case was moved to Federal court and in March 2017 the U.S. First Circuit Court of Appeals gave the go-ahead for the tribe to open an Island casino. The Supreme Court refused to consider the case, leaving the decision of the Circuit Court standing.

In 2019 a federal judge confirmed that the tribe could build their casino but stipulated that the appropriate permits must be obtained first from the local planning and building authorities. The tribe appealed but the appeals court sided with the town and the state in requiring that any construction proceed only with the needed permits.

The showdown had the tribe facing off  against the Aquinnah/Gay Head Community Association, the town council and the state of Massachusetts. The tribe claims that its rights under the federal Indian Gaming Regulatory Act (IGRA) of 1988, which gives the tribe the right to operate a casino on its tribal land on the island were being violated.

The state had originally argued that the tribe would not be allowed to open an electric bingo hall on tribal land because a 1987 settlement between the state and the tribe close the door to any such facility.

The IRGA, passed in 1988,  established a regulatory structure for Indian gaming in the United States. The Act also established the National Indian Gaming Commission which would oversee tribal gaming in the United States. The Act was passed after the U. S. Supreme Court, in the landmark decision in California v. Cabazon Band of Mission Indians, determined that the state of California did not have the authority to apply its Regulatory statutes to gambling activities conducted on native American lands.

The decision opened the way for tribes to regulate what happens on their lands, including the operations of gambling facilities. The IRGA sets out guidelines for these enterprises, including the need for gaming compacts to be established between the tribes that want to operate casino operations and the state governments in which the gaming venues are to be located.

The Wampanoag tribe found its fight to bypass local zoning laws complicated because, in its first appeal, it didn’t raise that issue.

That first appeal dated back to 1987, before IRGA passed, when the tribe waved its right to gambling and agreed to follow local zoning regulations in exchange for approximately 400 acres of land. Now that the IRGA is in effect, which gives federally recognized tribes, including the Aquinnah Wampanoag the right to operate casinos on reservation lands, the original agreement is in question.

Yet the First Circuit Court of Appeals’ ruling stated that “The main question before us now, however, is not primarily about IGRA, but whether a party who did not raise a particular issue in that first appeal, though it could have, may do so on successive appeal. Because we have previously explained that a party may not, absent exceptional circumstances, and because those exceptional circumstances are not present here, we affirm the judgment of the district court.”

The case rested on Judge Saylor’s original finding in which he agreed with the state of Massachusetts, the town of Gay Head, and Gay Head community association that the tribe had waived its rights. The tribe successfully appealed and the Supreme Court refused to hear the case, giving the tribe the understanding that it had finally won its case.

Commissioner Doug Sederholm said that the town’s authority to regulate was the crux of the decision. “The court found that on a procedural basis, the tribe should have raised the permitting issue earlier,” he told the Martha’s Vineyard Times.  “Having failed to do so, it had waived its right to raise it on appeal in this litigation.”

Opponents of the casino weren’t done yet. They attempted to show that they had, indeed, appealed the “waiver,” but the appeals court judges did not agree. “We are not convinced the tribe’s use of ‘gaming laws’ actually encompassed non-gaming laws which may incidentally touch on gaming,” the ruling stated. “The tribe did not, as it does now, include any arguments as to the scope of IGRA’s implied repeal of the settlement act, which might have suggested that it was intending to appeal the permitting issue. Nor did the tribe’s brief, despite leaning heavily on one of our circuit’s seminal cases in this area, ever cite or reference a crucial portion of that opinion which suggested that whether certain activities are regulable may depend on whether they are ‘deemed integral to gaming.’”

Tribal council chairwoman Cheryl Andrews-Maltais reacted to the court’s decision. The tribe, she wrote in a message to the Martha’s Vineyard Times, is “obviously disappointed in the court’s wrongful decision supporting the town’s continued persecution of the tribe’s rights. We will continue to press forward in asserting our right to conduct tribal gaming as an option for providing for our tribal members. However, we need to remember that nothing about this opinion changes the fact that the tribe can conduct gaming on our settlement lands, and the decision further makes clear that neither the town nor the Martha’s Vineyard Commission can use the permitting process to stop the tribe’s gaming facility from opening.”

Adam Turner, executive director of the Martha’s Vineyard Commission, stressed the need for all sides to work together going forward.  “Whatever they want to do, we will be back at the table as soon as they want.”