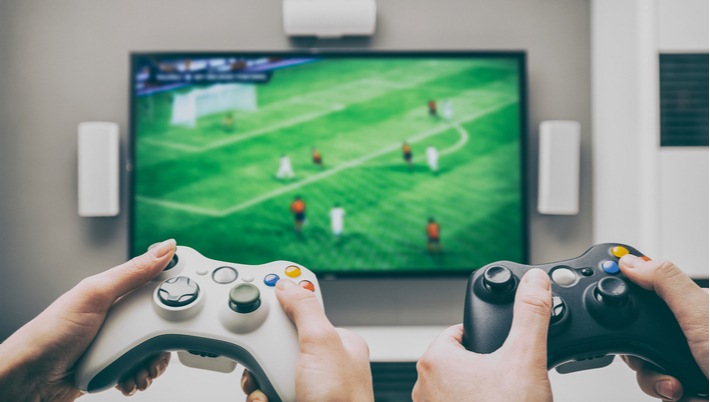 Google, Apple, Tencent, Nvidia, Microsoft and perhaps Amazon are exploring new game-distribution services that will deliver a Netflix-style subscription for gaming entertainment. The new Vegas Casino model would shift power from publishers and game studios to the distribution services who would then have more control over distribution.

Critics say that the gaming industry isn’t similar enough to the TV and film business to automatically assume that the new model will be successful. Gaming has unique economics and a specific consumption model that might make it more difficult to draw people into the new way of doing business.

The video gaming industry is massive and growing – sales of video games generated global revenue of $120 billion in 2019 and $179.7 billion in 2020. Recent service launches could work but there are characteristics of the gaming industry that would make it difficult for it to follow the Netflix-like subscription-service model.

For one thing, games are open-ended experiences and becoming more so all the time.  The linear form of entertainment that dominated the games until the mid-2000s, when games had a clear beginning, middle and end and gamers engaged with the narrative, has evolved. Today, most of the games are “loops”.

Some of these loops are loot-driven (collecting items) while others are competitive (play to compete, improve and climb leaderboards). Such loops, which feed the digital status and identities of players within their online communities, never end. They involve hours of daily gaming activity, in contrast to streaming movies and TV shows which generate less engagement and involve only approximately half an hour of the subscribers’ daily viewing.

The increase in the free-to-play platforms and services is drawing in more gamers and is turning out to be more lucrative for game publishers. Publishers are discovering that free-to-play enables them to more actively control and stabilize their revenues.

In the past, returns on the traditional “buy a game” models were uncertain. They required that the publishers take chancy multi-million dollar risks by trying to create the blockbusters that would make their investments pay off.  No blockbuster, no big return. Now, with the free-to-play model, publishers are turning their products into one that will keep the players involved and engaged.

When a game demonstrates mass appeal it becomes a platform that spurs the creation of all encompassing experiences with competitive, social and personal status elements – entire communities. First, however, the publisher must minimize the initial barrier so that new players will get involved.

Through the free-to-play model publishers can focus on the long-term sustainability of the model while the audience expands. The publisher sacrifices short-term upfront revenues (game purchase/monthly subscription) in favor of the long-term chance to make money through microtransactions for in-game goods and services.

The free-to-play model seems to be working. The world’s most popular games, in terms of number of active players, revenues and hours spent playing are free-to-play. The immensely popular Fortnite, for instance, is free to play. AppAnnie reports that of the 100 top grossing mobile games in the United States, 99 are free to play.

Selling premium games in a subscription format may turn out to be more effort than the industry is willing to invest. Movie and TV content subscription services like Netflix work because they have an extensive library of compelling content.

Free-to-play games for PCs and mobile might not go as well since a subscription paywall might just encourage players to go elsewhere for their gaming entertainment.aming, however, is generally focused on engagement with one destination so the model of games-as-a-service doesn’t lend itself to a large portfolio in the same way that Netflix, for example, does.

Netflix has a large selection of TV shows and movies so to succeed, a gaming subscription would need to offer access to additional paid games. Considering that the free to play market is estimated to be $90 billion today and the paid games market is $18.5 billion, it’s clear which way the wind is blowing.

Looking at the top 10 franchises – Fifa, Grand Theft Auto, Uncharted, Call of Duty, Red Dead Redemption – these are games that subscription services would find it prohibitively expensive to carry. For one thing, most users buy these games right away – generally within the first month after their launch, meaning that a subscription service would have to feature such blockbusters immediately upon launch or soon afterward.

Leverage for blockbuster games is determined by the publisher which is not the case with video game entertainment.

Finally, if game services are priced in the same way that over-the-top (OTT) videos are, licensing just two blockbusters in one year would cost a platform 80% to 100% of the subscription revenue.

Game developers say that developing games with subscription services in mind would be prohibitively expensive. Whereas services like Netflix attract subscribers by featuring exclusive offerings produced by the service, for a game subscription service to do the same, it would mean spending hundreds of millions of dollars to develop a first-party blockbuster title and market that game.

Microsoft is trying this strategy. Its Xbox Game Pass service allows subscription holders to access its first-party titles when those games become available through retail. Microsoft is also acquiring studios as it looks to expand its subscription catalog.

Apple is also wagering on content by investing in small indie games. Through the quantity of titles it believes that it will acquire players. Sony Play Station Now is focusing on a back catalog to build a subscription base.

Observers are suggesting that the YouTube model could also create a different kind of game-delivery service through its user-generated content model. Although it wouldn’t be subscription based, user-generated content provides the kind of open-ended gaming experiences that could generate revenue through microtransactions, advertising or limited paid access.

For instance, Minecraft is traditionally a paid product. But its private server scene is growing. There, community members create rules and custom settings that deliver varied environments, game-play types and settings including shooters, open-world adventures and everything in-between.

Fortnite has also introduced user-generated content through its creative mode that gives players the tools and spaces to build game modes and structures and then invite friends to join. Dreams, by Sony, presents an intuitive environment where gamers acquire tools with which to create different kinds of experiences.

Through these experiences, the companies are bypassing the costs of acquiring exclusive content in favor of tools that give creators a captive audience and visibility. This is demonstrating that grassroots game designers, operating on a low budget, can compete on an equal footing with deep-pocketed game publishers.

Play by subscription may not be the industry’s answer to their marketing dilemma. There is, however, still room for meaningful innovation in gaming industry development that will guide it as it grows organically.