Will Texas Tribe Continue to Offer Bingo Games on their Reservation? 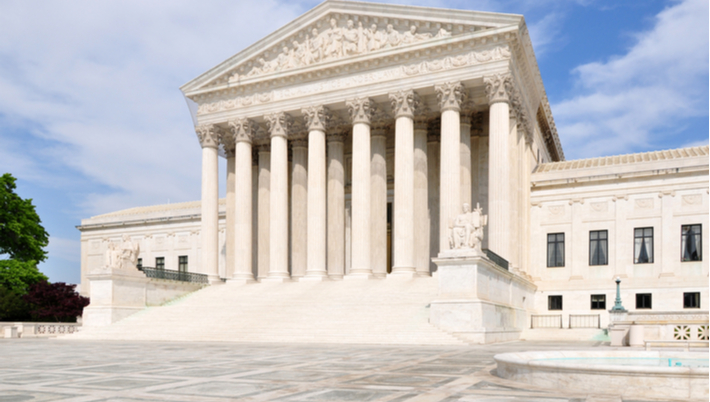 Ever since the 1970s when native Americans started to take advantage of a 1976 SCOTUS ruling that declared that states could not regulate Vegas casino online real money or retail activities on native lands, states and tribes have been walking a fine wire over the question of whether Indian tribes could go against state law and run gambling operations on their reservations.

In the latest test of that legal standard, the State of Texas, which had been trying to limit the efforts of the  Tigua Indians of El Paso to operate bingo games at an entertainment center in El Paso, was handed a ruling by Supreme Court that affirmed the Indian’s rights to run their games.

The ruling is expected also benefit the Kickapoo Tribe which has bingo-based games in Eagle Pass and the Alabama-Coushatta tribes which operate bingo games on their ancestral lands.

The Tigua Tribe has been fighting with the State of Texas since the 1990s and the victory gives them the right to continue to run bingo and, if they choose, other games without interference from the state. But, says Truist Securities gaming analyst Barry Jonas,  the ruling will have “wider implications across the industry.”

Observers are already expecting Las Vegas casinos to start teaming up with Texas tribes to offer legalized commercial casino gaming in Texas – one of the few states that still has not legalized any form of gambling.

The question of whether Native Americans have the right to offer casino activities on their native lands, even when those activities contradict the laws of the state in which they are located, goes back 50 years to the first time that the Supreme Court was asked to rule on native rights on their reservations.

In a case related to property taxes in Minnesota, SCOTUS ruled that states don’t have the authority to regulate Native activities on their reservations.

Based on that ruling the Seminole Tribe of Florida and the Cabazon Band of Mission Indians in California started to operate bingo games on their lands in a way that contradicted their states’ laws. The issue of whether Indians could proceed with providing gambling on their reservations continued to be fought in the courts  with the courts generally finding in favor of the Indians.

Finally in 1986 the Supreme Court ruled definitively that Native gaming was to be regulated exclusively by Congress and the federal government with tribal sovereignty upheld.

To codify federal law as it relates to native gaming, in 1988 Congress passed the Indian Gaming Regulatory Act (IGRA) which states that native Americans can operate gaming facilities on their native lands in states where gaming is legal though the state cannot regulate the native gaming operations – only the federal government can do so.

Justice Neil Gorsuch, writing for the majority,  rejected Texas’ argument that its laws prohibit the kind of bingo games that the tribe offers.

“No one questions that Texas ‘regulates’ bingo by fixing the time, place, and manner in which the game may be conducted,” Gorsuch wrote. “The state submits only that, in some sense, its laws also ‘prohibit’ bingo — when the game fails to comply with the state’s time, place, and manner regulations. But on that reading, the law’s dichotomy between prohibition and regulation collapses.”

Mike Andrews, who oversees the Native American Policy group at McGuireWoods Consulting, said the court’s ruling makes it clear that a state can not regulate tribal gaming operations. That task is reserved for the National Indian Gaming Commission.

“This case will have significant impact in Texas by essentially cutting the state out of any monetary amounts they could have claimed if this was truly indeed gaming,” said Andrews. “This also sets up a future fight between the tribes, the State of Texas and the Governor’s office regarding Class III (commercial) gaming,” he said.

Texas has succeeded in holding off efforts to bring gambling to the state even though the state loses millions of tax dollars every year to casino operators in neighboring New Mexico, Louisiana and Oklahoma.

The WinStar World Casino and Resort is located just across the state line from Texas, in Thackerville Oklahoma. Much of its business comes from the Dallas-Fort Worth area and it has the largest casino floor in the United States.

Now that the Texas tribes are authorized to offer gaming options in locales close to its big metropolitan areas like El Paso and Houston, Texas lawmakers may be rethinking their stance regarding keeping casinos out of the state.

Last year a Las Vegas Sands-backed casino gaming proposal was rejected by the Texas legislature but the new power of Texas gaming tribes may mean that there will be a renewed effort. The Sands has already launched a Political Action Committee to support a renewed effort.

Las Vegas Sands Senior Vice President Andy Abboud has been overseeing the legislative effort to legalize casinos in Texas on behalf of his company. Las Vegas Sands has been meeting with all tribes that are presently involved in Texas native gaming and, said Abboud, “are strong supporters of our initiative.”

The financial potential for the Texas tribes is meaningful. AGS, the Vegas gaming equipment provider that leases electronic bingo games to the Alabama-Coushatta tribe for its bingo facility said that the machines took in between $9 million and $11 million. The gaming equipment providers will “see growth opportunities as Texas tribes presumably contemplate expansions following the ruling” said Jonas.

And David Lopez, CEO of AGS, said that the SCOTUS decision  “allows the Texas tribes to gain economic freedom and confirms their rights as federally recognized tribes.”