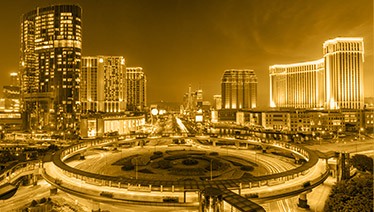 One of the big unanswered questions about how the trade war between the United States and China may be played out revolves around the Macau casino industry. Some analysts expect that Chinese gamblers will be scared away from Macau and will simply move online to play at the online casino. Other observers forecast that the Chinese government will ignore the Macau casinos since the Chinese government enjoys a good revenue from the casino activities.

What can Macau expect in the coming months?

The United States and China have embarked on a trade war that began in the summer of 2018. Each country has introduced tariffs on goods that it trades with others. The trade war was announced this year but the seeds for it were laid in 2016 when Donald Trump, as part of his campaign, promised to fix China’s “longtime abuse of the broken international system and unfair practices”

The Trump administration says that the tariffs are necessary to protect U.S. businesses’ intellectual property. They administration also wants to reduce the U.S trade deficit with China. Section 301 of the Trade Act of 1974 gives the president the authority to unilaterally impose penalties, including fines, on a trading partner if the president deems current trade practices to be harmful to U.S. business interests.

The Trump administration estimates that the loss to U.S business from Chinese-initiated intellectual property theft at $225 - $600 billion a year.

Only a few short decades ago, it would have been unthinkable for the hardline Communist government of China to allow casino gambling in one of its territories. Today however, everything has changed.

Gambling sites have a long history in Macau’s economy. The Portuguese, who ruled Macau since 1557, legalized gambling in 1850 and licensed fantan houses which paid gambling rent to the government. In 1962 the Sociedade de Turismo e Diversoes de Macau was given a casino monopoly concession by the Portuguese government.  The STDM introduced Western casino gaming which drew gamblers from around the world.

The colony was returned to China in 1999 and became a special administrative area. The Chinese made no effort to eliminate the casino industry in Macau and, in the last few years, have even allowed their own travelers to visit the enclave and play at the casinos. Today almost 70% of Macau’s government income comes from the casinos.

Observers don’t believe that the U.S. corporations that operate casinos in Macau will be targets for Chinese backlash, even if the Chinese-U.S. trade war worsens. They say that China’s goal, of making Macau into an increasingly diverse and attractive tourist destination, hasn’t changed and that the U.S. operators (Wynn, MGM and Sands) contribute to that goal.

Jonathan Galligan, head of Asia Gaming and Conglomerates at CLSA: the U.S. casinos, believes that, since the American corporations play an important role in helping China achieve its economic development, the Chinese see it in their own interests to allow the casinos to operate freely. "....you would need to see the trade war deteriorate significantly before that would be brought on to the table because I don't think it's in the interest of China to do that," Galligan said.

Galligan believes that since the casinos are helping China meet thier policy goals by  diversifying so to offer visitors more entertainment options beyond gambling, the Chinese government will leave them alone. .

"I think, ultimately, the Chinese will take a very rational view on Macau," Galligan said. "Negatively putting pressure on certain operators is not how you're going to achieve that ultimate goal," he said. "And I think the Chinese will probably rise above the rhetoric of the trade spat to recognize that the current competitive environment in Macau doesn't need political headwinds that would stifle investment."

Even as Galligan and other analysts paint an optimistic picture of Macau’s casino industry future, stock market observers are worried by the decrease in Macau’s casinos’ stock prices. Macau’s top six casinos’ stocks tumbled an average of 40 per cent since June.

But investors are not convinced the cheaper stocks are a sign that a reversal is on the cards, given expectations that many wealthy Chinese high rollers will continue to give Macau a miss as economic growth and the value of the yuan exchange rate weakens.

Gross gaming revenue in Macau dropped by 21.95 billion patacas ($2.72 billion) -- 17.3 per cent in September over August. The prices hit a one-year low according to Macau casino regulator the Gaming Inspection and Coordination Bureau. Some forecasts expect that October’s gaming revenue to rebound to 28 billion patacas when travelers from China head out to celebrate their New Year and when the impact of Typhoon Manghaut has passed.

Kevin Leung, executive director of investment strategy at Haitong International Securities, commented that “China’s economy is still uncertain, so the rich Chinese and the VIPs will stay relatively conservative. I am still waiting to see a big and sustainable improvement in gaming revenue.”

One issue that might impact Macau casinos involves China’s present anti-corruption campaign. Xi Junping, who became China’s president in 2013, is leading an anti-corruption campaign. The efforts focus on high-profile executives in both the private sector and in state-owned enterprises. That campaign, some observers believe, may be the source ofthe rout in Macau casino stocks.

The Bank of America Merrill Lynch has cut its price target on the Macau casino industry, taking the Galaxy Entertainment target price from HK$82.5 to HK$61.2 and the Sands China from $HK49.7 to HK$40.3.  The target price at Wynn Macau was reduced to HK$23.9 from HK$33.1 and the target price of MGM China from HK$23.9 down to HK$14.2. Other companies have experienced similar downturns.

The companies are responding with plans to upgrade and develop in new ways. One option involves bringing more family-oriented activities to the area. A mega bridge that links the city to Hong Kong is being opened. Macau aims to become a Las Vegas-style mass market tourist destination, with the upcoming opening of the mega bridge linking the city with Hong Kong and Zhuhai expected to increase traffic and bring more family-oriented customers. If the city wants to shake its dependence on gambling, analysts say, further development of non-gaming infrastructure will be needed.

Carie Li, an economist at OCBC Wing Hang Bank, summarized by saying “Macau’s economy has succumbed to headwinds from trade tensions. This, combined with policy risks and higher borrowing costs, might have deterred high rollers from the gaming hub.”