Will There Be eSports at This Year’s Olympics? 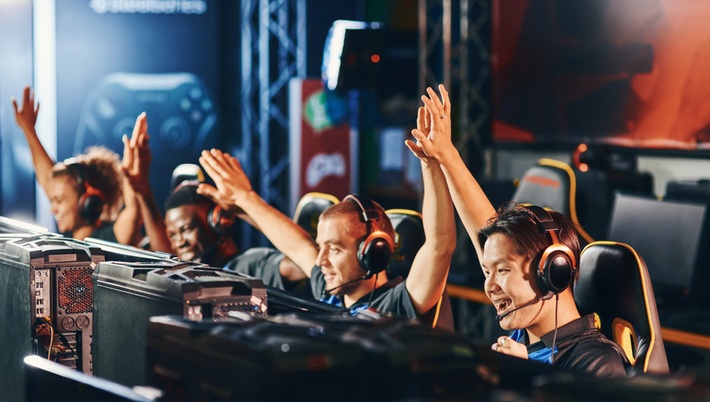 Few events have been as impacted by the corona pandemic as the Olympics. The Tokyo Olympics, originally scheduled to take place in 2020, were postponed to 2021 which threw the world of competitive sports into chaos. Now, despite concerns and reservations, the Olympic games are set to take place, even though whether the presence of spectators will be allowed will probably not be decided until the very last minute.

Amid the confusion, the International Olympic Committee is moving towards the incorporation of virtual sports into upcoming Olympics. Online casino bettors, esports fans and other observers in the sports world say that this is the 21st century sports world's version of winning the jackpot at your fav welcome bonus casino - in other words...wow.

The Olympic Committee is taking baby steps into the world of online gaming but they are, indeed, stepping forward. Online gaming, including esports competitive gaming, has exploded in popularity over the last year-and-a-half as people tried to keep themselves amused while social distancing.

A new report from Fnatic shows that, while many in-person esports events had to be cancelled or postponed during the last 16 months, the fact that such a large percentage of the esports industry could transition online meant that esports was able to flourish during lockdowns, shutdowns and mandates for social distancing.

Throughout the pandemic, major sporting leagues have been focusing on esports. Media outlets are increasing their coverage of esports,  game publishers are flourishing, live streaming services are seeing an increase in viewership and competitions are recording record-breaking numbers of viewers.

All this has led to a shift of public opinion on esports. Almost unanimously,  industry analysts see that esports is on an upward trajectory and is poised for a healthy period of long-term growth. Over the last year there’s been a 75% increase in gaming usage and a 30% rise in the number of people playing games. The market was worth an estimated $159 billion in 2020.

None of this has escaped the attention of the International Olympic Committee, a traditionally-conservative body that doesn’t accept change easily. But the IOC is aware that it need to reach out to a younger audience and is coming to believe that adding esports to the roster of sporting events may be the way to do so.

The first Olympic Virtual Series took place this May under the auspices of the IOC. There were competitions in cycling, rowing, sailing, baseball and motorsports through a partnership of game publishers and five international sports federations. It was held as part of the build-up towards the main 2021 Olympic events.

Competitors are excited to see the Olympics adopt esports. Shoma Mori, a winner of the Konami eBaseball Powerful Pro Baseball division which was organized together with the World Baseball Softball Confederation. Mori said, “I am thrilled to become one of the inaugural champions of an Olympic event. ….Because it was an IOC-licensed event, I felt that the level of entrants from the preliminaries was high. Amid the coronavirus pandemic, I think esports are playing a greater role in promoting the excitement of baseball, both real and virtual.”

The World Baseball Softball Confederation was one of the first to add esports as a new discipline for international tournaments, world cups and world championships. They did so last December after WBSC President Riccardo Fraccari  acknowledged in public statement what everyone has been saying for quite a while. “Esports is a reality and a growing opportunity and is expected to be more relevant to the sports industry.

Fraccari said that he hopes that baseball-themed esport tournaments will boost public interest in physical baseball.  “I am sure that if we still continue to grow the esports experience, more and more fans will attend our (physical) events” Baseball and softball have been excluded from the 2024 Paris games but  the WBSC foresees that, in cooperating with the IOC to promote esports, baseball and softball might be re-included in the 2028 Los Angeles games.

The IOC has demonstrated that it’s willing to expand its reach by accepting esports as an Olympic event. eSports may not be on the schedule for the 2021 Olympics but the IOC is considering adding esports  it to its new reform strategy roadmap in which esports are envisioned to be a virtual sport that can be included future Olympic programs.

The IOC differentiates between “physical virtual sports” which are the types of games that entail physical activities --rowing on  a rowing machine or riding on a fixed bicycle where the participants can be virtually tracked. In non-physical virtual sports, no athletic performance is needed.

For the Olympic Committee, the advantages of including esports are significant. The Olympics would be able to expand its reach, limit the need for esports competitors to travel and eliminate the need for host cities to build a new infrastructure for the esports tournaments. The IOC says that it now wants to “encourage the development of virtual sports and further engage with video gaming communities.”

As the IOC considers how to move forward with esports, a number of  international federations have begun to organize virtual forms of their respective sport which include the participation of world-class athletes.  According to the organizers, such virtual sports deserve a place in the world of athletic competitions because they require the same kind of physical endurance as do traditional athletic competitions while simulating the real format.

The federations are also hoping that such formats will encourage young people to get involved in sports.

Yelena Isinbayeva, two-time Olympic pole vault champion and member of the IOC Athletes’ Commission, warns that by failing to take advantage of the popularity of virtual sports the Olympics will be ignoring the potential of the future. She told a session of the IOC, “In the future, it will be a huge challenge to the Olympic movement, to traditional sport, this computer sport, which is no less interesting than the Olympic Games. …So, to be competitive against this, we have to offer them better conditions or we can take them under our umbrella, if it’s possible. … We definitely have to act as soon as possible otherwise we will lose this chance.”