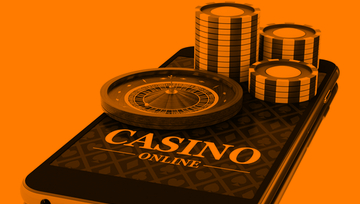 Financial observers are considering the role that online gaming could have in helping offset the post-COVID-19 economic turndown.

These analysts say that, when the coronavirus pandemic abates, the international Vegas casino online gaming industry could help state economies stabilize if they adapt and pivot in the direction of online casino activity. One individual promoting this view of the post-corona virus world is Jason Adler, an Assess Management managing partner at SpringOwl. Adler is also a former board member at Las Vegas Sands. According to Adler, “If you are a licensed, land-based operator, now's the perfect time to be rethinking your policies.”

The corona virus has caused businesses to close throughout the country but the casino industry is one of the hardest hit. There’s no casino that hasn’t closed or severely curtailed activities.

Even the biggest casinos in Las Vegas and Atlantic City have closed due to the directive for citizens to create “social distancing” by limiting contact with others as much as possible. Adler and other like-minded analysts say that, in states that allow online gambling, it’s possible to look at online gaming as a base for recovery.

Currently, online gambling is legal in Pennsylvania, New Jersey and Delaware while online poker is legal in those states as well as in Michigan, West Virginia and Nevada.

Proponents of this outlook say that state legislatures and national governments should start now to move towards prioritizing the gaming online industry. In Macau, for instance, which is the world's most popular gambling destination, the entire economy of the territory revolves around gambling.

The coronavirus shutdown in Macau showed how that lack of diversity is territory’s biggest weakness. After Macau casinos shut down for two weeks the casinos lost up to $100 million every day. That sudden and extreme loss of revenue caused pro-gambling financial planners to push for more jurisdictions to add online gambling in their region.

According to Adler, the corona virus has been pushing more and more people towards gambling online – many of them through unregulated websites. “Daily online gambling is up 90% (in China) compared to last year,” said Adler. “That’s an unbelievable number, and it raises issue of should land-based operators be converging around the world with online operators. That’s really the growing trend…… Land-based operators are not getting any business. I think it’s a wake-up call, not just in Asia but in the U.S.”

Adler and other observers believe that, with states looking for different ways to fund education, transportation, health and environment initiatives, decision-makers are more open to exploring the potential tax revenue generated by online gaming.

Sports betting has shut down as the NBA, the NFL and the MLB cancelled or postponed games. March Madness was cancelled all together. That means that gamblers aren’t playing or betting in brick-and-mortar casinos. People are avoiding busy public spaces in the interests of social distancing.

Casinos are recognized as venues that are incubators for social contact as people crowd together at buffets and at gaming tables where chips and cards pass multiple hands. Player after player clicks and spins the buttons of a slot machine which can become breeding grounds for the virus to pass from one person to the next.

Already there have been cases of casino employees having tested positive for the virus. Today, land-based casinos have a situation in which visitations have almost completely ceased and will stay at zero as long as the pandemic is dangerous.

Online gambling is already very popular in Europe. American states that offer online gaming report that they are seeing boosts in revenues during this period thanks to “shelter-at-home.” Some economists have pointed out that gaming aficionados who live in jurisdictions in which there isn’t any access to online gambling may simply  start looking for off-shore options which are illegal in the United States.

Proponents point to New Jersey which has experienced a financial boon from the introduction of online gambling and sports betting in June 2018. In February 2020 the state recorded $494.81 million in total sports betting handle, up 54.5% compared to the total handle reported for the same month last year.

Of that, $436.49 million was from online sports betting handle, 68% higher than the $258.8 million 2019 online handle and 88.2% of the total February sports betting market. New Jersey taxes online gambling revenue at 15%, which is a huge windfall for the state. Other states have been looking at New Jersey when deciding how to proceed with their own online gambling laws.

Brick-and-mortar casino companies are beginning to understand that it’s to their benefit to get behind online betting as well. Some already have – in New Jersey, the  Golden Nugget owns more than one-third of the state’s online market.

A number of esports leagues have started to transition to online competitions. The Call of Duty League has begun to shift to a new format amid the ongoing novel coronavirus pandemic. The league issued a statement saying that upcoming matches will be played online – previously, their tournaments had been large events hosted by cities across Europe and North America.

In a statement, Call of Duty explained their new policy, saying “Call of Duty League has seen firsthand the power of our live events in our inaugural season, and will return to city-based competition in front of live audiences as soon as it is safe and logistically possible.”

The league said that upcoming competitions will continue to be broadcast for fans to watch on YouTube, although it’s not clear when they will take place. Call of Duty says that they will announce the upcoming dates in the coming weeks.

The Overwatch League has also shifted upcoming matches to online venues. (Overwatch and Call of Duty are sister leagues which are both owned by Activision Blizzard. Both operate under a similar city-based structure and have a joint broadcast deal with YouTube. OWL says its new match structure places teams in three different groups based on geography. OWL has announced that “we plan to return to team-hosted homestand competitions in front of live audiences as soon as it is safe and logistically possible.” Some fans believe that

Another league, League of Legends, has announced that their European and North American competitions would be played without fans present. The Chinese LPL said that it would be playing games online instead of in-studio.

Traditional sports leagues have shut down completely but the digital nature of esports means that many leagues can still go forward through online competitions. CDL said that “in the interim, Call of Duty League is confident it will continue to deliver fans what they want: amazing competition between the best players, competing at the highest level, for the right to be considered the greatest team on earth.”