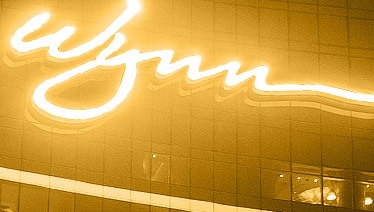 Wynn Resorts has been at the forefront of development throughout the casino world. The fallout from allegations of former CEO and founder Steve Wynn's sexual misconduct with Wynn employees has been hard for the company, causing investigations, losses in earnings and bad press. Now the company seems to be back on track in its leadership role as a provider of Vegas brick-and-mortar and Vegas online events.

The U.S. Supreme Court left standing a Nevada court's ruling that prohibited the casino from forcing dealers to share their tips with supervisors. SCOTUS denied a petition by Wynn Las Vegas to overturn the lower court's ruling that required dealers to share 15 percent of the tips that gamblers leave when they win at their Vegas table and online games.

No other Vegas casino has such a requirement so the ruling only affects Wynn casino employees. Kanie Kastroll, a dealer who represents Wynn union workers commented “this is a major milestone for the dealers." Kasatroll said the policy has cost her over $100,000 in tips over the years.

The case began in 2013 when the dealers filed in District Court. They lost that case but when the suit was appealed to the Ninth U.S. Circuit Court of Appeals it was overturned and the court found in favor of the dealers. Wynn then appealed to the U.S. Supreme Court which sent the case back to Nevada District Judge Robert Jones. Joshua Buck of Thierman Buck LLP, the firm representing the dealers said “I feel strongly we will prevail and recover the tips and the wages on behalf of the dealers.”

The policy was instituted by Wynn Las Vegas in 2006. The court's finding, however, will allow them to recover lost compensation only from May 2011 at the earliest.  The dealers could stand to receive more than $50 million, Buck said, adding that over 800 dealers have joined the suit over time. .

Wynn spokesman Michael Weaver said ”We will vigorously defend our position and anticipate a finding in our favor.”  The Supreme Court’s decision neither implies the company has violated any regulations nor ratifies the lower court’s decision, said Weaver. It sends the case back to the lower court for further consideration.

Wynn Resorts is rethinking many of the new projects on which Steve Wynn, disgraced former CEO and founder, was planning to embark. Following a dismal stock decline its new chief executive officer said that he’s pulling back on some of the projected projects, including a lake resort which began development in Las Vegas.

Matt Maddox, the new CEO, spoke about postponing some projects and cancelling others after news of the company's 3-month stock decline was made public. Regarding the lake resort, Maddox said that the proposed $3 billion budget for the resort development was “not sustainable” and will be scaled back to focus on beaches and bars for high-end customers. Maddox is also reviewing plans for another project that has been planned to go up across the street from the company’s original Wynn Las Vegas. Maddox said his goal is “reducing the noise surrounding our business.”

Investors were not happy with either the stock news nor the news that revenue came in shy of projections -- though profits grew 20 percent in recent months, buoyed largely by the new Macau property. One of the biggest thorns over Wynn Resorts' head are the investigations by casino regulators in Massachusetts, Nevada and Macau over the  accusations of sexual harassment by past CEO Steve Wynn and the way that the board handled those accusations. The accusations haven't hurt the company directly but the investigations are a stumbling block in the company's ability to move forward.

In the first quarter of 2018 Wynn reported $421.7 million in earnings (before interest, depreciation and taxes and before amortization from its two Macau casinos). This put the company ahead of the $414.5 million estimate of earnings, with total revenue rising to $1.72 billion (as compared to analysts’ earlier estimates of $1.75 billion.)

In Macau, casino activity is in the process of a recovery after a multi-year slump. Wynn's new resort, which opened in August of 2016, has stimulated demand industry-wide. However, gaming revenue fell short of expectations at the Macau peninsula Wynn Resort.

The allegations against Steve Wynn over sexual harassment continue to make news. In court documents, attorneys for Wynn admitted that, more than 10 years ago, he brokered a settlement with a second woman who accused him of sexual misconduct. The agreement contained a non-disclosure clause and the woman has recently threatened to go public with details of the 2006 settlement, prompting Wynn's attorneys to meet with FBI agents.

Wynn has vehemently denied the accusations made against him. He attributes them to a campaign led by his ex-wife. Yet with this new report, the number of women who Wynn reportedly paid to remain silent about the harassment rose to two. One case led to a reported $7.5 million settlement with a manicurist.

The woman's attorney, Lisa Bloom, said that her client denies the extortion allegations.

"My client, who wishes to remain anonymous at this time, has never committed any act of extortion," Bloom wrote in an email. "To the contrary, she simply stated that she wanted to speak. Her emails did not seek any money. And that is surely why the FBI has not even questioned her about this, nor has she not been charged with any crime."

According to the court documents filed by Wynn's attorneys, the woman understood that her non-disclosure agreement banned her from speaking about her experience of being assaulted by Wynn. However, she believed that she should tell her story and wished to reveal the details of the settlement publicly.