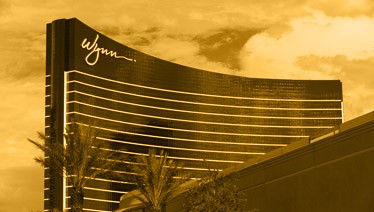 While we sit around happily playing our Grande Vegas no deposit bonus codes and having fun online, a storm is still raging around the Wynn Casino's opening of its Massachusetts jewel in the crown, the Boston Harbor Encore project.  We could remain blissfully oblivious to the goings on, but we feel it's important to keep up-to-date regarding the entire casino industry.  So here goes, the latest news.....

Wynn battled long and hard to open a casino property in Massachusetts but just as it looked as though the casino operator had overcome all hurdles, it announced that it was in talks with MGM to sell its Boston development.

The Encore Boston Harbor casino resort was set to open in late June 2019.  As late as mid-May, the company’s CEO, Matt Maddox, confirmed the opening and hinted only that there may be a slight delay to make sure that everything is set perfectly. “We may give ourselves another week, we may not” Maddox said. “The property looks great. “

Now the operator has confirmed, in a joint statement with MGM, that company officials are engaged in talks with MGM Entertainment regarding a possible sale of the $2.6 billion casino that was built in Everett, just outside of Boston. Maddox has already met at least once with MGM CEO Jim Murren to explore the possibility of a sale.

The statement, released by Wynn Resorts, reads, "Over the past several weeks, we have engaged in conversations around the potential sale of Encore Boston Harbor.” The statement referred to the talks as “very preliminary” and said that the companies don’t know “where these conversations will lead.”

Massachusetts has committed to Wynn that, in exchange for its investment in the Encore project, it will not grant any other licenses to other casino operators in the Boston area. This makes the Wynn license a highly desirable commodity. Currently, MGM owns the only casino license for Western Massachusetts for its Springfield property.

MGM must keep in mind that, according to Massachusetts law, a company can only hold one casino license. That means that if MGM buys and prepares to operate the Encore casino, it will have to sell its license for its Springfield, Massachusetts casino. The Encore location, near multiple universities and just a few miles from Boston’s Logan International Airport, is a highly desirable one and MGM might feel it worthwhile to sell in Springfield in order to claim the Boston location.

Wynn has been locked in confrontation with  the Massachusetts Gaming Commission for the last year. The Commission recently completed an investigation to determine whether Wynn executives withheld information from the Commission when the casino operator first applied for a Massachusetts Gaming License in 2013. Allegations were made that Wynn executives and board members were aware of a multi-million dollar payouts to former Wynn employees who accused then-CEO Steve Wynn of sexual misconduct but didn’t relay that information to the MGC during licensing hearings.

In January 2018, a Wall Street Journal report was published that detailed allegations that then-CEO Steve Wynn sexually abused women employees.  The Massachusetts Gaming Commission investigated in an attempt to discover whether Wynn officials had lied or withheld information about what they knew about such allegations during the initial licensing hearing. Wynn fought to keep its license. Steve Wynn resigned from the company board and from his position as CEO and sold all of his stock in the company.

To appease the MGC and the Nevada Gaming Commission, Wynn Resorts made additional changes in the company structure. They added three women to the company’s board and established a training program to inform company employees about their rights in situations of sexual harassment. They also established an office in their Human Resources Department to deal with any future sexual harassment charges.

That fine might have been the straw that broke Wynn Resorts’ back and convinced the company to cut their losses and leave Boston.

Wynn Resorts hasn’t made any decisions about the sale yet and the company is keeping all of its options open. They are reviewing an appeal of the $35.5 million fine that the MGC issued.

The fine, which was announced at the end of April, was levied due to the company’s failure to disclose knowledge of sexual misconduct claims against former CEO Steve Wynn when the company was bidding for the Boston casino license.

Although the MGC’s report was not published, it seemed to substantiate claims that company officials knew that Wynn had been taking advantage of female staffers and that they covered that knowledge up when they filed their request for licensure in 2013. An additional $500,000 was levied against CEO Matt Maddox for his “clear failure to require an investigation about a specific spa employee complaint brought to his attention.” Maddox will also be required to undergo various leadership training.

Even before news of the Wynn-MGM sale discussions was made public, the Wynn Resorts board disclosed that it is considering appealing the fines. The board’s statement reads:  We are still reviewing the decision as it relates to some of the secondary and tertiary conditions imposed by the commission. We do not believe if we choose to appeal if that will impact our ability to open the project at the end of June.”

The MGC says its conclusions are final, and Wynn Resorts is not entitled to “any further review from the commission’s determination of suitability.” When the decision was made public, Maddox seemed relieved, saying “There was no impact on the suitability of the company, or its key employees to hold a gaming license in the state.” Now, it seems that his board wants an appeal which can be made through an appellate court.

Wynn Resorts now has a number of options as it decides how to proceed.  The company may decide to operate the new casino in Massachusetts and swallow the $35 million fine, appeal the fine and wait to see how the appeal plays out before making any sale decisions or cut their losses and sell to MGM -- either before the property opens this summer or at some future time.