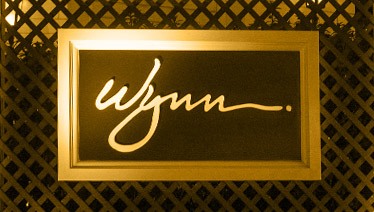 For several years, the Encore Boston Harbor project has been scheduled to open in late June 2019 but it now seems as though the finishing details will require a few more weeks of work. The resort, which has been the subject of bitter controversy for the last 16 months, got the final go-ahead a few weeks ago. Even though the delay in opening the gaming floor is disappointing for many, the fact that it will open at all is a relief for state officials, company execs and the local authorities.

And all the while, we continue to enjoy our online pokies here - no delays, no waiting, no uncertainty.  Just fun new games and promotions constantly coming our way.

A Year of Uncertainty

In 2014, Wynn Resorts received a license to build the Encore Boston Harbor casino which was set to be developed near Everett, Massachusetts. There was a lot of excitement in the area as locals anticipated new jobs and new revenue for the cash-strapped region located northwest of Boston.

In January 2018 the CEO of Wynn Resorts, founder Steve Wynn, was accused of sexual misconduct. A detailed report in the Wall Street Journal laid out accusations by multiple women who said that he had forced them to perform sexual acts and pressured them for sex.  Wynn resigned from his position in the company and as director of the board. He sold all of his stocks in the company.

The Massachusetts Gaming Commission immediately began an investigation to determine whether company executives had known about the allegations before the WSJ published its article. Of particular interest was a multi-million dollar payout, made to a manicurist, who was one of the women who alleged that Wynn had behaved inappropriately with her.

The Commission’s goal was to determine whether or not the license to operate a gambling establishment in Massachusetts was given under false pretenses. If, they declared, company executives had indeed known about the allegations and the payout, Wynn would be obligated to surrender its MA gambling license and would not be allowed to operate Encore Boston Harbor.

Late last month, only 2 months before the scheduled opening of the Encore property, the Massachusetts Gaming Commission agreed to allow Wynn to keep its license under certain conditions and with a penalty of $35 million. (That’s in addition to the $20 million find that Wynn received from the Nevada Gaming Commission – Wynn may appeal the MGC’s fine).

The casino, which was set to open in late June 2019, may have to delay its opening for a few weeks but company officials are unconcerned, saying that there’s nothing unexpected in the delay of a few weeks.

“I don’t know if the opening date will be June 23 or a week or two later, because we’re going to make sure that it’s flawless,” said CEO Mathew Maddox .”And clearly the regulatory complexity we’ve been through has been a challenge. And so now we’re doubling back. We may give ourselves another week, we may not. But the property looks great.”

Despite the tension, Massachusetts state officials are generally pleased that Wynn will open more or less as scheduled. The complex includes 671 guest rooms, a 210,000 square-foot casino with more than 3,000 slot machines, a 21,000 square-foot waterfront lawn, more than a dozen eateries and a 37,000 square-foot ballroom.  Wynn invested $2.6 billion in the project and expectations are that it will thrive, even at a time when many East Coast casinos are struggling.

Wynn’s Encore Boston Harbor is in close proximity to Logan International Airport, the airport’s ongoing expansion and increased traffic and the many colleges and universities in the area.

Bob DeSalvio, president of Encore Boston Harbor said “If you go downtown Boston you see nothing other than cranes. It’s just on an incredible tear as far as economic development, so you know you add that all up, and the fact that we ended up with the sole license in eastern Massachusetts, and it’s just a great recipe.”

The choice to build the casino in Everett, a working-class city of about 45,000 residents that has been economically challenged due to a lack of jobs, was probably one of the major reasons that the MGC allowed Wynn to maintain its casino license.

Wynn Resorts committed to hiring about 6,000 people, to working with local businesses and to conducting a major environmental cleanup as part of their pitch to get the initial license. The site’s waterfront was one of the most contaminated in the state but, living up to their commitment, Encore pulled nearly a million tons of contaminated sediment from the Mystic River and the surrounding area.

Elizabeth Henry, president of the Environmental League of Massachusetts described the challenge that Wynn faced. “Awful stuff had been dumped and spilled, it was a train wreck of a site. Nobody wanted to touch it because the environmental liabilities were expensive to touch.” Henry’s organization rarely endorses projects but they supported the casino project because, they believed, it would have a positive effect on the surrounding environment.

In addition to the cleanup, the developers planted 50,000 flowers, tens of thousands of shrubs and bushes and 1,000 pear, weeping cheery, pine and maple trees. They focused on native foliage and are prepared to change many of the plants as the seasons dictate. Much of the gardens will be irrigated with rainwater runoff.

Henry understands the controversy that has plagued the casino development over the past year but believes that the Commission was correct in focusing on the bigger picture.  “They’ve taken the physical building seriously in terms of sustainability. It’ll also be easier to walk around and bike to the casino and through to some of the adjacent neighborhoods. They’ve doubled down on interconnectivity and so, in a way, that benefits the whole community.”

The expectation is that the Encore will draw national and international guests as well as locals. Shuttles will run from nearby towns and water taxis will make the trip from Boston. The bars will serve drinks until 4:00a.m. so the casino will not be subject to the regular Massachusetts 2:00 cutoff.

A room in the resort will cost anywhere from $500 to $2000 per night with different prices according to room type, season and demand. Some rooms have floor-to-ceiling windows, a view of the Boston city skyline and the harbor.

Locals, for the most part, are adopting a wait-and-see attitude. The casino has the potential to turn the area into a thriving metropolis but if things don’t go as planned, it could create disappointment.