Wynn Resorts in the News 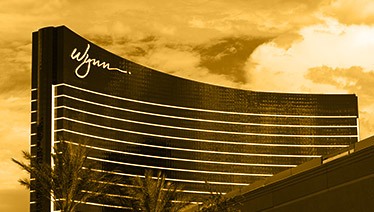 Wynn Resorts can’t seem to stay out of the headlines. Far from settling down after last year’s sexual misconduct charge against founder and former CEO Steve Wynn and subsequent court fight for controlling shares and leverage on the board, the casino company seems to be garnering more headlines than ever. New sports betting pursuits and options such as those offered by the Grande Vegas casino for online players give observers a clear picture of the direction in which the company is moving.

Some of the recent Wynn news:

Former Wynn Resorts Ltd CEO and Chairman, Steve Wynn, filed a lawsuit which seeks to block the public release of an investigative report conducted by the Massachusetts Gaming Commission. The lawsuit names his former company, the commission and investigator Karen Wells of the commission’s Investigations and Enforcement Bureau.

The suit attempts to block the report’s release, based on information that relies on Steve Wynn’s attorney-client privileged communications from company litigation against former business partner Kazuo Okada. Wynn Resorts settled the complaint with Okada earlier this year.

The lawsuit reads, in part “Recognizing that they have conducted their months-long investigation into Wynn Resorts with total disregard for protecting the privileged communications of Mr. Wynn — who, again, has no ability to determine what communications and materials have been provided to regulators — Mass Gaming officials have simply donned the judge’s robe, cracked the gavel and unilaterally determined that Mr. Wynn has failed to sustain his burden of establishing that any privilege applies to the unknown universe of documents acquired during the Mass Gaming investigation.”

According to the lawsuit, Wynn is going to court “because the stated position of Mass Gaming and the continued silence of Wynn Resorts are tantamount to requiring Mr. Wynn to fight this privilege battle while blindfolded and with both arms tied behind his back…”

The Massachusetts Gaming Commission initiated its investigation after questions were raised over a gaming license that they granted to Wynn Resorts to build a casino resort in Boston. The commission wanted to ascertain whether, while applying for the license, the company had withheld information about board members’ knowledge of Wynn’s sexual misconduct and subsequent cover up. The commission aims to determine if the company and its officers meet state suitability standards to continue holding a license.

The Wynn Las Vegas lagoon project has been definitely cancelled. The company announced that it will not go ahead with its original plan to develop a small lake adjacent to a new convention facility. The original plan had been to surround the lake with a boardwalk and white-sand beaches.

Instead, Wynn Resorts plans to restore its old golf course. The iconic Tom Fazio-designed course had been the last of its kind on the Las Vegas strip – it closed last December but is now scheduled to be renovated and reopened. The company made the determination that there were more customers looking for a golf course than for a relaxing stretch at a man-made lagoon.

The lagoon project had originally been planned by Steve Wynn while he was still CEO of the company. The company envisioned it as a 30-acre lagoon surrounded by three hotel towers and a 400,000-square-foot convention center. Wynn planned the site as a center for daytime water sports and nightly parades of fireworks and decorated floats.

Current Wynn Resorts CEO Matt Maddox described the decision to investors.  “From April 2016 to today, we always struggled with Phase 2 of Paradise Park. How are we going to make a room tower in a town with a lot of rooms pencil along with a lagoon? We weren’t really interested in building a large public swimming pool for the Las Vegas Strip. So we just decided, ‘Let’s go with Phase 1.’ We know the convention center is going to work.”

Construction of the convention center is proceeding. “It’s 200,000 square feet of net rentable space, coming basically in 12 months,” Maddox said. “We believe that convention center will add somewhere between 4 to 6 (percentage) points of occupancy (rate) to this hotel, which will allow us to really drive (room) rate in those peak times because we will be in the low to mid-90s in occupancy over the full 365 days.”

The decision to focus on golf was made after the company determined that loyal customers were starting to go elsewhere following the closure of the golf course. According to Maddox, the company estimated that it lost $10 million to $15 million of domestic casino business after golf aficionados who had planned a combined casino-golf vacation decided to book at other casino resorts where they could play golf as part of their vacation.

Maddox said “We actually went back and re-engaged Tom Fazio, who was the original designer of our golf course to come in and take a look at the couple holes that were disrupted by this 400,000-square-foot convention center and see if we can design a new 18-hole golf course connected to Wynn and Encore and have that back in back in action before our convention center opens”

Now that sports betting can be legislated by states throughout the United States, every major gaming company is eyeing online and mobile sports betting as a potential addition to their line-up of gambling events.

Wynn Resorts has been relatively quiet until now, perhaps because it doesn’t yet have the geographic reach (at least in the U.S.) of Caesars and MGM. Now however Wynn is partnering with BetBull Limited, a European digital sports betting company, to advance its place in the U.S. sports betting market. BetBull has a combined social and  sports betting platforms. Users follow their favorite betters on the network and can then comment on each other's ideas and bets. The platform allows participants to enjoy a more participatory place in the gambling community.

Wynn Resorts is embarking on a new Macau project, the Crystal Pavilion. The pavilion will be built next to the company’s Wynn Palace resort. It’s described as a glass structure with entertainment amenities.

Matt Maddox spoke about the project to investors. He explained that the pavilion will give viewers a 270-degree experience and will include three 45-minute shows that will play throughout the day.  “We have a 60-foot gong spire hanging in the center of it with acrobats on cables going up and down, quietly playing the gong,” he said “As you traverse through the pavilion, you’ll run into a theater, and this theater is really going to be the first of its kind. It’s been quite successful,” Maddox said. “So we thought if we take that idea and custom build it in this area with a great 600-seat theater and make it fully immersive, that experience will be like no other on the planet.”