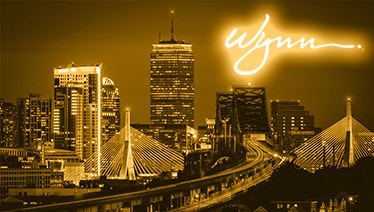 If you live in the US northeast and one day should feel the urge to play at a land-based casino, Wynn Resorts has indicated that it still intends to open its Encore Casino Resort, this summer. This, despite the fact that Massachusetts’ Gaming Commission has not yet released its report regarding whether the controversy over former CEO Steve Wynn’s sexual misconduct should render the company ineligible to hold a Massachusetts casino license. In the meantime, keep your Grande Vegas online casino close for spontaneous, enjoyable, online casino play.

The issue is complicated.  North Shore lawmakers, who represent the area which would benefit economically from the casino resorts’ opening, are pushing the commission to allow the venue to open. They argue that delaying the casino resort’s opening will stall needed jobs and tax revenue for their communities.

In December 2018, the Massachusetts Gaming Commission was set to wrap up a 10-month investigation into sexual assault allegations surrounding Steve Wynn and his former company. That report would have definitively cleared or blocked the way for the casino’s opening. Wynn then filed a lawsuit which claimed that information in the report would breach confidential conversations that he has had with his legal team.

A Nevada judge blocked the commission’s report from the public and now, the commissioners are unable to discuss the report’s findings. This leaves the question of whether the commission will allow Wynn Resorts Ltd. to continue to hold a license for the new casino site unresolved.

Rep. Joe McGonagle, who represents Everett, where the casino is being built, said “I respect the Gaming Commission, but I want to see this suitability process over. The commission initially expected to rule on the matter in August. “My constituents, they want to go to work. That resort has become a game changer for the area.”

The Wynn resort is expected to bring 4,500 jobs to Everett and surrounding towns together with significant tax revenue.  The project’s construction is on schedule, said Wynn Resorts spokesman Michael Weaver.

Wynn Resorts has already removed board members and staff who were aware of or involved in the assault allegations against Wynn. President Maurice Wooden announced that he will also step down.

Currently, the court case in Nevada must proceed before Massachusetts officials can move ahead with their decision regarding whether to allow Wynn to maintain their Massachusetts license. The decision will be based on the investigation that Wynn wants to quash.

The operators of the Mohegan Sun Casino have expressed interest in taking over the Wynn project if the Massachusetts gaming officials decide to strip Wynn of its license in the state. That proposal is appealing, especially to the lawmakers from the Everett region who don’t want to see the project delayed.

State Rep. RoseLee Vincent said “Whether the resort casino in Everett is operated by Wynn or another gaming entity, I would like to see this casino become a reality. This project is too far along the construction phase to not be completed in a timely manner.”

Mohegan Sun operators have stated that they are prepared to “enter into negotiations with the appropriate parties to acquire the facility under construction in Everett.” The Mohegans have already met with some neighboring communities to discuss the prospect of how the Mohegans could theoretically take over Wynn’s Boston project. Everett Mayor Carlo DeMaria opposes the move.   DeMaria said that Everett’s relationship with Wynn “runs far deeper than a building with slot machines” and that Mohegan Sun “is not welcome to operate a casino” in the city.

Observers question how Mohegan would raise the billions of dollars that it would need to assume ownership of the Wynn Boston Harbor resort casino. Mohegan was a contender for the license for the lone Boston-area casino but it lost in 2014 to Wynn. Mohegan, together with Sterling Suffolk Downs Racecourse -- its partner in that bid  -- sued the Massachusetts Gaming Commission for what it claimed was “undue favoritism shown towards Wynn.”

Sterling Suffolk Racecourse has now filed a second claim against Wynn’s Massachusetts’ license. The company claims that Wynn Resorts was involved in improprieties when it sought to obtain a Massachusetts gaming license.

Sterling Suffolk is claiming that MGC chairman Stephen Crosby joined in a secret deal with Paul Lohnes, one of the landowners who sold the casino land to Wynn. The agreement assured Wynn an edge over Sterling Suffolk in its bid to obtain the sole Boston area casino license from the MGC.

The casino resort, which was originally named Wynn Boston Harbor and is now known as Encore Boston Harbor, has been controversial from the start. The project came under scrutiny when the MGC started to investigate whether Wynn Ltd. officials, board members and/or staff were involved in covering up allegations of sexual misconduct against former CEO Steve Wynn.

Sterling filed its claim based on the RICI  -- Racketeer Influenced Corrupt Organization – Act. The suit seeks $3 billion in damages.

Sterling says that it has uncovered a hidden deal between Crosby and Lohnes. Lohnes was a majority owner in FBT Everett Realty which owned the 36-acres of land in Everett that was sold to Wynn for their casino resort. Sterling claims that Crosby’s decades-long friendship with Lohnes, as well as personal/business transactions, compromised what was supposed to be an open bidding process.

Sterling detailed the alleged agreement between Crosby and Lohnes, saying that there was a private dinner in May 2012 which Crosby and Lohnes both attended. "Shortly after the May 2012 dinner with his friend, Crosby began to show an interest in bringing potential casino operators to Everett, even though the Everett Site had not yet been marketed before that time, even by its owners, for use as a casino ... In the late spring of 2012, Lohnes told at least some of his partners in FBT that Crosby 'owed him big time' for Lohnes having bailed him out of a bad business deal and that if they wanted a casino on the property, Crosby would help them get the license."

Sterling alleges that the gaming applicant that chose to purchase that land was Wynn which bought the land from Lohnes’ partners in 2012 for $75 million. Wynn was subsequently awarded the gaming license for the Boston-area casino-resort in December 2014.

Construction of the $2.6 billion casino is presently being completed. If Sterling’s allegations are found to be true, it could not only put the gaming license for Wynn to operate in Massachusetts at risk but it could lead to federal fraud charges and other criminal indictments.