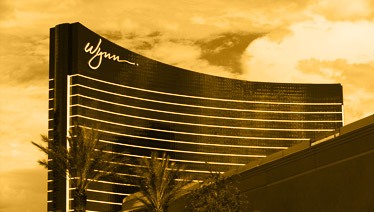 Less than 12 months ago Wynn Resorts was rocket by allegations that founder and CEO Steve Wynn had sexually molested women. The story caused stocks to plummet, Wynn to resign and release his stock holdings in the company and officials to launch investigations in multiple locales.

Today however, the company seems stronger than ever. It is expanding land-based and online casino venues in both America and overseas and may even become one of only three selected companies to open the casino entertainment business in the lucrative Japanese market.

Gaming Commission investigators in Massachusetts traveled to Las Vegas to begin the final phase of the investigation of Steve Wynn and the Wynn Resorts Ltd. Last year Wynn was accused of multiple incidences of assault and sexual harassment and he resigned in February over those allegations.  Massachusetts launched its investigation after it was determined that, in licensing hearings to approve a new Wynn Resorts casino in the state, Wynn failed to disclose a $7.5 million settlement with one of the alleged victims.

The company is building a new casino site in Everett, Massachusetts, the Encore Boston Harbor. The casino is scheduled to open next June, pending the committee’s investigation. The commission could theoretically revoke or suspend Wynn’s license or it could simply fine the company.

Steve Wynn’s defamation suit against former employee Jorgen Nielsen is moving ahead. Wynn is suing Nielsen for lying to ABC News and to the the Wall Street Journal in an attempt, Wynn says, to smear him. Nielsen alleged that Steve Wynn had sexually harassed employees over decades and his allegations triggered a Wall Street Journal report that led to Wynn’s resignation as chairman and CEO and to Wynn selling his stake in the company that he had founded.

Nielsen’s attorney, Kathleen England, asked the judge to dismiss the case based on the anti-SLAPP law that protects whistleblowers but the judge ruled that the case could proceed.

In the same way that the Vegas casinos have controlled West Coast gambling in the past, Indian tribes have controlled much of East Coast’s casino enterprises. That’s changing now that Wynn Resorts and other Vegas Casino companies are moving East.

Presently, the arrival of the Vegas companies is posing a serious challenged to Connecticut’s two dominant tribal casinos, the Mashantucket Pequot Tribal Nation’s Foxwoods Resort and Casino and the Mohegan Indian Tribe’s Mohegan Sun. Over in Massachusetts the MGM Springfield is drawing rave reviews and overflow crowds while Wynn Resorts Ltd.’s Encore Boston Harbor is scheduled to open in the near future and will likely siphon off a sizeable population of Boston-area gamblers.

It’s still too early to tell how these new casino sites will affect customer traffic at the tribal casinos but it’s a concern as casino competition expands in New England. The tribal casinos are trying to maintain their equilibrium.  “We’ve been preparing for this for years. We understand the MGMs and Wynns are coming to Massachusetts and they’re looking to get into this New England market because it’s been such a successful market,” said Ray Pineault, president and general manager of Mohegan Sun.

According to Pineault, this isn’t the first time that the Mohegan Sun has faced new competition and the tribe knows that it won’t be the last. Resorts World Catskills opened with 150 table games and  2,150 slot machines in Monticello and other sites in other states offer similar competition. Pineault said “New Jersey has always been very competitive for us, and obviously Pennsylvania opened up with all their casinos.”

Massachusetts Gaming Commission Chairman Stephen Crosby is not a supporter of the developments which, he believes, wrests revenue that should stay in Massachusetts. “The evidence suggests if we did nothing else in Massachusetts but bring back (money that was) being gambled in casinos outside Massachusetts by our citizens and that alone would make it a success,” Crosby said. “We would have $250 million in tax revenue just by bringing back those citizens.”

On the other side of the coin the companies see the development of their initial NorthWest casinos as a window to the future. John DeCree of the Las Vegas-based Union Gaming said opening in locations like Massachusetts gives the companies a headstart in their drive to move globally. DeCree said “MGM’s design and development team just gave the company a big boost in the race for licenses in new jurisdictions like Japan. The meticulous attention to detail, unique integration of local history, and success in restoring key historical landmarks like the 130-year old First Spiritualist Church and 123-year old State Armory, won’t go unnoticed by new jurisdictions considering MGM for new gaming and (integrated resorts) licenses.”

The Tribal casinos are moving forward as well. They have decided to partner on a new slot parlor in East Windsor, Connecticut.

While Wynn Resorts is counting heavily on Macau growth and hopes to get one of the 3 coveted Japanese Integrated Resorts licenses, the company is also looking into short-term expansion.

The company has said that it doesn’t want to grow for growth’s sake but rather to generate value by building resorts that offer top entertainment, good rooms, fine dining and quality shopping. The gambling environment is only part of the entire package for Wynn Resorts.

The company plans to pursue the conventions market and add new attractions to its casinos such as golf courses and amusement parks. It is also hoping that the Boston Harbor Encore will become a top revenue-generating casinos on the East Coast and is holding quiet discussions with officials and potential partners about its hopes for a foothold in Japan.