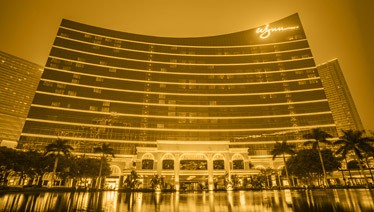 Wynn Resorts board members couldn't have been sleeping well these past months. First came the revelations about former CEO and founder Steve Wynn's sexual improprieties with female staff members. Then, just as the company was recovering from Wynn's exit, Wynn's ex-wife actively moved to oust board members who had been loyal to her ex-husband and bring some of her own board members to the board.

Now the land-based and online Vegas games company is back in the saddle, moving ahead slowly with new investments and developments around the world.

Wynn Resorts Pushes Ahead in Macau Japan and Boston Developments

Although the second-quarter revenues and earnings of the Wynn Resorts Ltd. Casino company showed improvements in July the company's shares fell along with those of other Vegas online and brick-and-mortar casino companies.

Revenue for Wynn's Macau properties gained 9 percent but the gain was less than what analysts expected resulting in Wynn's shares falling more than 7 percent to under $155 in heavy trading.

Despite the fall, Wynn CEO Matt Maddox announced that Wynn is pursuing new investments in Macau.  He offered an upbeat look at the outlook for a Wynn presence in Japan and for the company’s presence in Boston but he was guarded when asked to predict the third-quarter results in Las Vegas, admitting that they may be "mediocre."

But Maddox is looking toward Macau as a venue where Wynn can start to rebuilt.

“I believe that Wynn Palace will continue to take market share in both mass (market customers) and VIP. In fact, I’m so confident that I’ve assembled a team of the most creative people on the planet, and we’re in full swing planning our entertainment-focused development on the adjacent seven-acre parcel that fits between the new Lisboa (Palace, operated by the Stanley Ho family) and Wynn Palace.”

Maddox described what’s ahead at Wynn Palace in a call with investors.

“The project is going to have indoor gardens. It’s going to have waterfalls. We’re working on a theater concept and a new food hall that’s going to focus on seafood, the best seafood anyone can find in that region, and it will be a culinary destination for Macau,” he said. “We know that our premium customers like these attractions.”

“The entertainment center will have various whimsical, immersive features taking into account what we’ve learned from our Prosperity Tree in Macau and the Lake of Dreams here in Las Vegas and amplifying it.”

Maddox was unconcerned about the weaker-than-expected Macau results, He noted that the dip was a typical showing for the second quarter casino market. He said that he suspects that traditional visitors were distracted by the World Cup soccer tournament. According to Maddox, Wynn isn't prepared to lower prices for its Macau rooms and shows as some of its competitors have done.

“We are not going to compete on price by raising commissions or extending additional credit for short-term revenue gains. We compete by having the best product and service in the market.”

Maddox said that the company is planning to renovate the Wynn Macau Encore hotels rooms and suites as part of their expansion. “We’re building two new restaurants in our original casino, adding 8,000 square feet of additional retail space which, by the way, still remains the world’s best and strongest-producing sales per square foot anywhere to be found.”

Maddox also discussed the company’s Boston Harbor project which is scheduled to open in less than a year. “The quality of the construction is some of the best we’ve ever experienced,” Wynn said. “We’re actually ready to start laying carpet on the first floor of the hotel tower within the next couple of weeks. We’ve installed lush landscaping around the site, and we’ve renovated the polluted river bank into a living shoreline and it’s connected by nearly two miles of boardwalk. The site is transforming into a destination resort.”

Regarding Japan, Maddox has made it known that he anticipates the company will be have a major presence in the new Japanese casino industry. “We have been quietly active in Japan for a number of years now. I’ve been dozens of times myself, building strong relationships in a country where trust and relationships matter,” Maddox said. “We believe that the Wynn aesthetic and our unrelenting focus on excellence and our commitment to thoughtful, immersive entertainment will resonate well in Japan, and we look forward to competing there.”

Veteran gaming executive Phil Satre has been named vice chairman of the Wynn Resorts board of directors. Top shareholder and co-founder Elaine Wynn lauded the move as just the action needed to move Wynn Resorts forward.

The announcement, which was made last week, stated “The addition of someone of Phil’s caliber and experience is a significant step forward for Wynn Resorts as we turn the page on the last six months,” board Chairman D. Boone Wayson said in a statement issued by the company. “Our goal is to give the management team, led by CEO Matt Maddox, an opportunity to grow and develop this company to its greatest potential. Phil’s insight and guidance will be invaluable as we move forward.”

Elaine Wynn supported bringing Satre on board. “I have long respected Phil as a leader in the gaming industry and am confident that his addition to the company’s leadership team, coupled with the plans laid out by management, will bring the company tremendous success in the years to come. Phil’s role as vice chair, and as chairman in the future, will be key to furthering the Wynn Resorts brand as one of the premier destination resort operators in the world.”

Satre served in various leadership roles in the gaming industry for more than 25 years.

He is president of the National Center for Responsible Gaming and has also served as the chairman of the board of International Game Technology PLC and was elected to the American Gaming Association’s Hall of Fame.

In a statement issued by the company Satre said “I have admired the innovation and excellence that have become the hallmarks of the Wynn brand. “I am honored to now have the opportunity to be joining Wynn Resorts at this important time and to play a role in the company’s continued success. I applaud the efforts by management and the board to respond to the current challenges faced by this otherwise first-class enterprise. The strength of the current board of directors, combined with the leadership of Matt Maddox and his team, give me confidence that the future is bright for Wynn Resorts.”