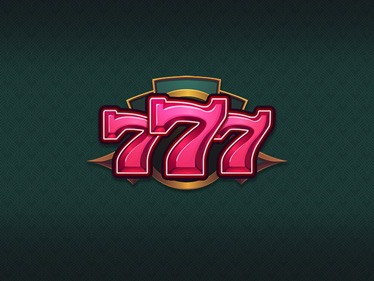 No matter how far ahead we are storming into the future, we’ll always stop for a moment and look back, searching for old values and old pleasures that the new technology simply cannot deliver. The good thing is that the new technological solutions may give us a shorter, more comfortable way of experiencing something not so typical of our time. In this day and age, video slots are dominating the online gambling world – in spite of that, classic slots are still going strong. They are getting a new addition with the release of RTG’s new product called 777. The game is scheduled for release on June 26th and Grande Vegas customers will be able to play it that very same day.

The online slot 777 does not have an epic theme that involves characters and flashy graphics and animations. It is a simple RNG machine with 3 reels and one paying line in the middle. The game is styled based on one-armed bandits, original slot machines with mechanical insides. With time, they became electronic, and eventually made the transition over to the online world. The ones now found at web-based casinos keep the original charm alive by showcasing familiar symbols, such as the lucky seven. Why seven? Why not five? Well, seven is simply considered a very lucky number in many traditions and cultures, both old and new. Three sevens mean you are very lucky and you a worthy of a jackpot prize!

The three sevens from Real Time Gaming, that is to say, the 777 slot offers a wild symbol represented by cards. This icon will replace any other and help for a line win. In addition, it will apply a 3x multiplier to every payout earned with a Wild-powered winning combination After a winning spin, the player will also get a chance to activate the Hold feature, as a Hold button will appear below each reel. The player decides which reels will be held during the next spin, and a maximum number of reels involved is 2. The Hold & Spin bonus game will only pay a winning combination with a payout higher than the value of the winning combination that was the trigger for the feature.

Perhaps the greatest advantage of 777 is the progressive jackpot reward. The pot contribution is no more than 1.5% of total Return to Player. The starting amount for the jackpot is USD 4,200 and it can only go higher from there. To get a chance to win the jackpot, the player needs to play with Super Bet on (there are also Normal Bet and High Bet stake levels). Next, he or she needs to land three Wild symbols in the middle and the jackpot will be paid. The volatility is medium and the slot can be played both on the mobile and online version of Grande Vegas Casino, as well as through the downloadable client – but not before June 26th!