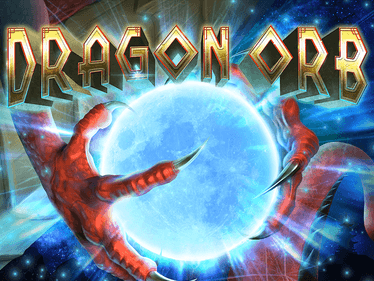 We’ve got Asian mythology to thank for a number of great slot games, and once again we’ll have the opportunity to enjoy a beautiful piece of folklore as RTG launches its newest gem called Dragon Orb. Mystical and dramatic, the new slot plays with 5 reels, 10 paylines, and an exceptionally potent Wild card. While Wild Orb helps form bigger and better winning combinations , two progressive jackpots are waiting to be randomly awarded after any of your spins. The dragon is arriving to Grande Vegas carrying its powerful artefact on 20th of September and you’re cordially invited to come share its treasures.

Inspired by the mythology of the Asian continent, Realtime Gaming has unearthed a legendary creature from the Korean folklore which is said to be residing in rivers, lakes, oceans and deep mountain ponds. Powerful and wise dragon carries an orb called the Yeouiju in its claws, a potent artefact giving its owner abilities of “omnipotence and creation at will”. The orb was modelled after Cintamani, a mythical wish-fulfilling jewel, and perhaps the one designed by RTG will also have the power to fulfil a wish or two.

As soon as you launch the new slot, you’ll see this particular Orb doing its own magic; acting as Wild, it will stand in for any of the game symbols, and having landed on one of the three middle reels, the Orb will expand and grant a re-spin. While other reels spin once more to potentially award an additional win, the one covered in Orbs remains stationery. Each new Wild icon which appears while you’re spinning for free, does the same magic act and potentially leads to three simultaneous Wild reels held in place for a re-spin.

While mystical Orb creates fortunes at will, two progressive jackpots are ticking away waiting to be collected. There’s nothing in particular you need to do to grab one or another; just keep playing and either may be randomly awarded after any of your spins.

Year 2017 has already seen more than a few exciting new releases and we’ve no doubt you’ve enjoyed spinning the reels of Megaquarium, Popinata, Purrfect Pets, Cash Bandits 2, Kung Fu Rooster, Gemtopia and the others. As we’re getting ready to add Dragon Orb to this collection, RTG is already preparing the next in line – Bubble Bubble2. The Halloween-themed 50-payline original was exceptionally generous with high-paying bonus rounds and we can’t wait to see what the sequel will deliver. Stick around and you may be one of the first to find out.