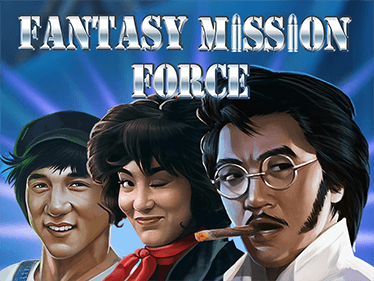 No, we’re not necessarily expecting to see Jackie Chan in person (though who knows!), but this famous martial artist and actor will indeed make an appearance at Grande Vegas by way of the new Realtime Gaming slot called Fantasy Mission Force. For those less familiar with Jackie’s work, Fantasy Mission Force is a 1983 cult classic taking place during the World War II and following the story of a group of generals taken hostage by Japanese troops. Jackie is not originally part of the rescue team, but in one way or another manages to get involved and end up as the one saving the big brass.

While generals complain about not being rescued sooner, Jackie answers in his unique way: "I don't know any Generals. To me you look like clowns!" If you’re interested in seeing how this funny and well-loved actor performs in an RTG production, visit Grande Vegas on 17th January 2018 and launch the latest addition to our ever-expanding portfolio.

The 5-reel and 20-payline slot promises to deliver exciting action in more ways than one. Before it does, build up your strength with balance boosts provided by regular game symbols forming winning combinations from left to right, occasionally helped by Wild substitute which doubles the prize each time it contributes to a win. You’ll see it landing on reels 2, 3, 4 and 5, willing to replace all game symbols with the exception of Scatter.

Working together, two special icons will take you right to the middle of the action. Scatter has to show up on the first reel while Wild icon lands on the last in order trigger Dynamite Free Games. You’ll initially get 7 spins on the house and x3 multiplier applied to all resulting wins. While you’re spinning for free, a Bickford Fuse will appear over random symbols. Should 3 or more do so at the same time, Kaboom! feature gets activated and awards extra 3 free games per fuse. There’s no limit as to how many times this can happen nor the number of free spins one might win. That’s right, you could be playing for ages without being asked to invest a single additional Rand, and hopefully collect as much as 50,000x your line bet. Like many other RTG video slots, this one also comes with a progressive jackpot. Unlike the others, it’s exclusive to Jackie Chan games, with Fantasy Mission Force being only the first of many yet to come.

Where You Go, Jackie Goes

Jackie is willing to hang out with you wherever and whenever, thanks to the fact that RTG makes their new titles simultaneously available on desktops and mobile devices. If you prefer spinning the reels on your PC, take a pick between instant-play and download version. Just don’t forget Jackie is scheduled to arrive on 17th January and is eager to demonstrate his skills.