Start the New Year with a Bang 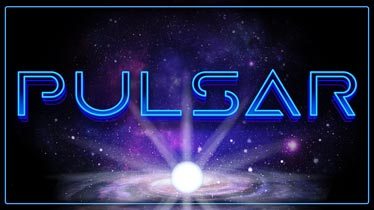 Grande Vegas is getting ready to welcome another RTG video slot promising to become the next big hit. The space-themed Pulsar is an unusual title which makes the most of the cascading reels feature and thus enables players to score out-of-this-world wins. Exploding Neutron Stars will be a welcome sight even though they cause planets to disappear without a trace. Get ready to embark on this unique space adventure soon after the year 2019 ends; Pulsar is scheduled to arrive on 22 January and will immediately start recruiting brave explorers of the online gaming world.

Rather than the usual square reel area consisting of columns and rows, Pulsar uses a honeycomb grid and pays over 20 fixed paylines. Matching symbols have to line up left to right and there's no Wild to fill in for those that fail to show. However, there is an opportunity to score hefty base game wins owing to cascading reels feature. When symbols form a winning combination, they'll disappear and free space for new ones. If lucky, the new set will facilitate another payout without any additional investment.

Cascading continues for as long as new paying combos are created. What's more, it can also be caused by a Neutron Star which lands randomly and sticks around until it explodes. The explosion initiates further cascades and potentially also the appearance of more Neutron Stars.

You'll see four kinds of these special objects as you play, each featuring a different blast pattern. The green one explodes left to right, the blue one up and down, and pink Star combines both in a cross pattern. The red Star effects positions on the upper & lower left as well as upper and lower right. No matter which of the four happens to show, it will come with a random number of 3 to 1 which will then decrease by 1 with each spin and each cascading win. Once it drops to zero, Neutron Star will explode in line with its blast pattern, destroy affected symbols and replace them with random new ones. If another of its kind happens to be on the way, it will also explode regardless of whether its own countdown has reached zero or not.

A Unique Game for a Unique Experience

Pulsar is clearly unlike any other RTG game you may have played thus far. It has no Wilds and no Scatters but can still provide an exciting gaming experience and pay as much as 150 times the player's bet. Realtime Gaming made sure to adapt it for different platforms, allowing Grande Vegas players to launch Pulsar instantly online, access it via the Casino's downloadable software, and play on the go via mobile devices.