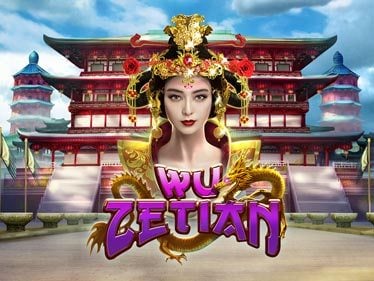 History fans, get ready to take notes! Real Time Gaming wants to introduce you to an astonishing female character from 7th-century Chinese history. Born in a wealthy family, but without any noble origins, Wu Zetian grew up receiving good education which was, highly unexpectedly for that era, very much supported by her father. She became a fifth-tier concubine in 636 in the palace of Emperor Taizong. She was his favourite, but he soon died and his successor was his ninth son Gaozong of Tang. Wu had to be confined to a monastic institution as she was a consort of a deceased emperor who had not produced children. Emperor Gaozong visited her while she was a Buddhist nun, fell in love with her and brought her back to the palace as his own concubine. Wu Zeitan was crowned Empress Consort of the Tang dynasty in 655.

Known as intelligent, educated, cunning and brave, she often did the unthinkable, but had large success and the country progressed under her reign. Wu Zeitan can be seen on the reels, wearing her most celebratory attire. The men can only be assumed to be Taizong, Gaozong and perhaps her son who inherited her eventually, Zhongzhang. Apart from character symbols, the Wu Zeitan slot includes symbols of jewellery, a horse, a hair pin, a jade dragon statue, a lantern, a flower, a pearl and a gong with an image of a dragon. The reels are set against a backdrop of a palace, with a frame of two pillars with golden dragons and a pagoda roof with red lanterns. It’s hard to be more traditional than that.

As for the structure, the game runs on a 5x3 engine, with 25 fixed paying lines. The player can spin the reels manually or switch to automatic spins. Winning combinations are paid left to right. Some of the symbols may not behave as you would expect them to. The Wild symbol is the pearl and it appears on all reels except on the first reel. It can also land as a giant symbol and occupy 3x4 squares. The rest of the regular icons can appear as 1x1, 3x2, 3x3, 3x4 and 3x5 symbols, provided that the reels have joined together, which can happen randomly in the base game. The gong Scatter, which only acts as a feature trigger without any payouts of its own, activates 5 free spins. As the round begins, day becomes night and reels connect to enable large symbols to land.

Empress Wu Won’t Be Ruthless to You

We don’t know if Wu was really hated by “gods and men alike” as she was described, or if strict tradition smeared hew name more than she deserved, but we know this - if you find her life interesting you will immensely enjoy the new RTG slot dedicated to her. Packed with large symbols that are beautifully animated, this video slot brings Wu back to life and, yes, slightly romanticises her. Wu Zeitan will be available at Grande Vegas Casino on January 16th. You can come for the intrigue and stay for the spectacular payouts; the game’s max reward is 50,000 times the stake.