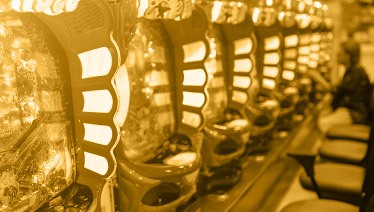 The success of the casino industry in the East is a compelling factor in the activities of governments throughout the region to bring Grande Vegas style casinos to their countries.

Japan is moving ahead quickly in its plan to open new casino resorts in the country. Japan’s Casino Administration Committee (CAC) will begin operations in less than one year. The government is presently laying the groundwork for the CAC which will oversee and regulate  operators in the country’s forthcoming commercial gaming industry.

The government is preparing the CAC to license and control the three integrated casino resorts that have been thus-far approved for Japan. The CAC is expected to consist of close to 100 staff members and will function as an external bureau of Prime Minister Shinzo Abe’s Cabinet Office

In the meantime numerous municipalities have submitted applications to host the as-yet-to-be-built casino resorts. The government approved of plans to develop three Integrated Resorts in the coming years but where they will be built and who the operators will be remains to be decided.

The decision to allow IRs to be built came despite widespread public opposition to the plan. The majority of Japanese citizens do not support the authorization of commercial gambling. Despite that, the cabinet of Japanese Prime Minister Shinzo Abe passed the Integrated Resorts Implementation Bill which authorizes the building of the properties, levels a $55 entrance fee on Japanese citizens and places gross gambling revenue at 30 percent.

At a cabinet “Explanation Meeting” held earlier this month, representatives of over 40 perspective cities and towns that might be interested in hosting one of the Integrated Resorts attended and expressed interest in having an IR built in their locale.

Several casino operators have expressed interest in building a casino in the Osaka prefecture and the Osaka municipality is amenable. Multiple operators, including MGM Resorts International, the Las Vegas Sands and Macau casino operator Melco Resorts and Entertainment Ltd believe that the western Japanese metropolis of 2.7 million would be a good candidate to host a casino. The region has a large, and growing, tourism industry and its location would, casino operators believe, help it draw more.

To date Osaka Governor Ichiro Matsui has met 119 times with 11 casino companies. He recently said that he expects Japan’s first integrated resort to be up and running by 2023 or 2024 “at the latest.”

The casino operators are treading lightly in Osaka where, despite the promise of more prosperity, 42 percent of residents are opposed to a casino and less than a fifth are in favor. The municipal government is trying to influence the public’s opinion with messages of prosperity, pointing out that an Integrated Resort would create an estimated 80,000 jobs a year in the region.

The majority of the opposition centers around fears of gambling addictions and crime. Teruo Sakurada, a professor at Osaka’s Hannan University who heads an anti-casino group, said “They want tourism and foreign demand to drive the local economy, but this isn’t a sustainable model.” He notes that the great jobs influx would be part-time and low paid positions.

Macau casinos have been on high alert over the first six months of 2018 in anticipation of an increase of visitors from mainland China. Now a decision by the Chinese Ministry of Public Service has opened a whole new horizon as casino operators believe that the numbers might double.

The Chinese government is making it easier for Chinese citizens to travel between mainland China and Macau. The new travel policies will take effect on September 1st. The decision eases access for almost 8 million Chinese citizens who have applied for a travel visa, or wish to renew a visa for travel to  Macau, Taiwan or Hong Kong. Qu Yunhai, head of the Public Security Ministry’s State Immigration Administration said that once the new policies are in place the mainland travelers will be able to travel at will.

For Macau casino operators the news couldn’t have come at a better time. Profits are stable for Macau casinos but the boost will stabilize the industry. Thus far, there’s been an increase of 13.8 percent travelling to Macau from China on package tours over the same period in 2017.  Of the 16.8 million visitors to Macau in the first six months of 2018, 11.7 million came from mainland China. Overall, visits to Macau casinos rose by 8%.

Macau’s casinos are focusing on trying to attract more casual visitors this year. The previous focus on VIP high-rollers was deemed a failure and the profit numbers seem to bear that determination out. Melco Resorts chairman Lawrence Ho explained, saying “This cycle, compared to the previous … it’s been really both mass and VIP.”

The good news comes just in time for the grand opening of the ultra-luxury Macau The 13 Casino Hotel. The venue, owned by Cotai’s South Shore Holdings, is presently open for “private bookings” so the exclusive atmosphere, where neither members of the public nor walk-in guests are yet allowed entrance into the property, will probably not appeal to non-VIPers coming from Mainland China – or anywhere else.  The hotel offers approximately 200 villas and duplex suites. Casino operations at The 13 aren’t expected to commence until next year, according to reports.

Across town, Melco’s Studio City was approved for smoking lounges, making it a draw for gamblers who like to smoke while they’re playing. Macau casinos that want to continue to offer on-site smoking must apply with the Macau Health bureau.

After January 1, 2019 smoking lounges will be available only in those casinos that have received authorization. Many Macau casinos are concerns because according to market research, casinos in which on-site smoking has been prohibited experience a reduction in gross gaming revenue (GGR).

Presently, out of the 47 slot parlors and casinos in Macau, 13 have applied for authorization to operate a smoking lounge. Smoking on casino mass floors has been banned  since 2014.