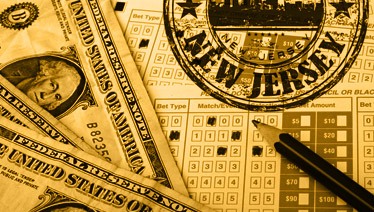 New Jersey is leading the nation in creating successful online gaming opportunities for NJ residents and visitors. Revenues for igaming activities have been growing steadily ever since New Jersey introduced Internet casino accessibility.

Casino observers are suggesting that lawmakers in other states take notice. In 2017 the revenues from online games in NJ grew by 30% over 2016, generating $221.3 million dollars. The New Jersey Division of Gaming Enforcement tracks these statistics which are being closely watched by other states that are searching for ways to make up growing budget deficits.

In recent years online casino access has proved to be successful in a number of Canadian provinces including in Ontario, Quebec and Vancouver. The NJ approved sites include the Borgata Hotel Casino and Spa, the golden Nugget in Atlantic city, the Resorts Casino Hotel, the Tropicana Casino and Resort and games via Caesars Interactive Entertainment which is an affiliate of Boardwalk Regency Corporation.

Online gambling is one of the fastest-growing business sectors in New Jersey. In 2017 Internet gaming produced $43 million in taxes for the state, an increase of close to 25% when compared to 2016. Since the Internet option opened in 2013 the State of New Jersey has profited to a tune of $126.4 million.

Lawmakers in NJ want to make sure that nothing interferes with the continued growth and development of online gambling activities in the state. They turned to Deputy Attorney General Rod Rosenstein, requesting that the feds refrain from any intervention in the state's online gaming industry.

The state's two Democratic senators, Bob Menendez and Cory Booker, signed the letter along with Republican Representatives Leonard Lance, Frank LoBiondo and Tom MacArthur, The lawmakers requested that the Justice Department leave in place a 2011 legal opinion that makes online gambling legal based on that interpretation of the Wire Act of 1961.

The letter was sent in response to a letter sent by Senator Dianne Feinstein and Senator Lindsey Graham in November. In their letter, Feinstein and Graham asked the Justice Department to allow Congress to determine whether or not online gambling should be legal. In their letter, Booker and Menendez  point out that New Jersey has been able to prove that iGaming can be provided in a responsible and safe manner. The Justice Department has yet to respond to the letter or to announce whether they would consider pursuing a change to the 2011 decision.

For over a year New Jersey has battled to bring sports betting to its casinos and racehouses. Now the question is in front of the Supreme Court and NJ officials hope for a definitive decision that would make sports betting available in the state.

New Jersey is battling a federal law that bars states from authorizing sports betting. State lawyers have been pursuing their ability to add sports betting to the list of NJ gaming opportunities for several years and the Supreme Court case should provide clarity. Officials see the sports betting options as being offered through casinos and racetracks in the state.

The case goes well beyond New Jersey. Some estimates are that, if the Supreme Court strikes down the law that prevents sports betting, more than 30 states would also offer the option.

In the case New Jersey is battling the federal government, the NCAA and three out of four of the major U.S. professional sports leagues. New Jersey. NJ is aiming to recover some of the estimated $150 billion that is spent on illegal sports wagers every year. The Major League Baseball League, the NBL and the NHL oppose sports betting because they feel that it may hurt the integrity of the games. The NFL has shown varying degrees of openness to the idea of legalizing sports betting.

Tje New Jersey governor commented that the federal government is overstepping their bounds by forcing such regulation. "It's important to New Jersey and 49 others states, this is a states rights issue. This is the fear of every governor that we'll be at the mercy of the federal government and they'll make us pay for it. Today it's sports gaming, tomorrow it's something else." Christie notes that his state has "long experience" with casino gaming and this demonstrates that New Jersey can appropriately regulate sports gaming.

New Jersey is supported in their Supreme Court effort by more than a dozen states. The argument centers on whether Congress exceeded  its authority with a 1992 law that prevents states from authorizing sports betting. According to NJ state attorneys, the Constitution can't require states to keep sports gambling prohibitions in place.

New Jersey has invested significant state resources in its effort to legalize sports betting. It challenged the federal law, the Professional and Amateur Sports Protection Act, in 2012 when it authorized sports betting at state racetracks and casinos. The protection act exempts states that had approved some form of sports betting before the law took effect – Montana, Delaware, Oregon and Nevada – but prohibited sports betting's expansion to new states. The New Jersey Supreme Court challenge addresses the prohibition.

A decision is expected by July.