Two Indications that Wynn Resorts Might Be Facing a Takeover 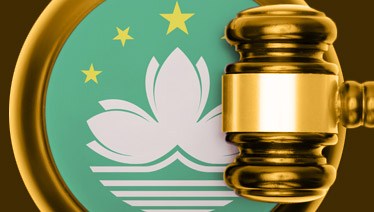 Wynn Resorts, which was recently rocked by the resignation of its CEO due to allegations of sexual misconduct, is now facing more troubles that may lead to a takeover.

A senior court in Macau has ruled that Wynn Macau Limited violated Macau's personal data protection rules. The brick-and-mortar and online games company surreptitiously revealed the identity of a Philippines Amusement and Gaming Corporation former employee. Wynn Macau believed that the former employee, a regulator, was tied to allegations of corruption.

The Macau Court of First Appeal agreed with Rogelio Yusi Bangsil, saying that  Wynn Macau Limited, a subsidiary of American Wynn Resorts Limited, had released Filipinos name illegally. The incident occurred in 2011 after an in-house investigation raised concerns of corruption. The investigation was conducted by former FBI Director Louis Freeh.

The investigation was undertaken at the initiative of Hong Kong-listed Wynn Macau Limited with the goal of uncovering whether there had been any ‘improper relationship’ between officials at the state-owned PAGCOR and Japanese billionaire Kazuo Okada.

At the time in question Okada was Chairman of the Universal Entertainment Corporation -- the majority stakeholder in Wynn Resorts Limited. Okada, who held 24.55 million shares, was accused of bribing Philippines' gaming officials with the goal of creating his own Okada Manila casino resort.

Macau's Court of First Appeal ruled that Wynn Macau Limited's investigation had violated the Personal Data Protection Act since it identified Bangsil and his wife as recipients of cash and other payments that totaled over $110,000. The payments came from Okada as he campaigned to open a Manila venue.

Bangsil had been in charge of the regulator’s gaming department. The allegations ruined his career. He filed his lawsuit in 2014. \Bangsil told the Macau Daily Times that “There is no truth to these allegations. They cut short my career and the whole family suffered because of that. I want to be compensated for the damages they caused us including my wife and my child.

To cap off a problematic month for Wynn Resorts, the Galaxy Entertainment Group bought a nearly 5% stake in Las Vegas casino resorts company. GEG announced that it will be buying 5.3 million primary shares of Wynn Resorts. Asking price is $175 per share, making the deal worth $927.5 million.

According to Galaxy Entertainment Vice Chairman Francis Lui, the purchase is a  “unique opportunity to acquire an investment in a globally recognized entertainment corporation with exceptionally high quality assets and a significant development pipeline.”

Galaxy is looking forward to getting a foot in the door in Macau. Wynn Resorts, based in Las Vegas, is the parent company of Galaxy’s rival operator in Macau, Wynn Macau Ltd.

Wynn Resorts said two other “long-term institutional investors” who are already shareholders in Wynn Resorts will be purchasing former CEO Steve Wynn’s remaining 8 million shares. The price for those remaining shares, approximately one-sixth of the company's total shares, will remain at $175 per share.

Combined with previous sales these recent purchases effectively eliminate Steve Wynn’s from any ownership in the Wynn Resorts casino operating company which he founded. His fall started 2 months ago when new allegations of sexual harassment were added to revelations of a payment made regarding an old allegation.

Wynn stepped down from his position as CEO of the company. He already sold 4.1 million of his shares in Wynn Resorts at an asking price of $180 per share.Wynn Resorts said that it plans to “use the net proceeds from that [sale] to repay amounts to be borrowed under the 364-day term loan facility contemplated by the commitment letters that the company entered into on March 9, 2018, with an affiliate of Deutsche Bank Securities in an aggregate principal amount of up to US$800 million.”

Wynn's  entire holdings were once worth an estimated $2.21 billion through either privately-negotiated transactions or on the open market Until last week Wynn hadn't been able to sell his final shares but a Las Vegas court recently approved an agreement between Wynn and his former wife that would allow him to sell.

A possible takeover might be in the works, thanks to Wynn's decision to sell his entire Wynn Resorts holdings.

A representative for the Union Gaming Securities Asia Ltd brokerage firm commented that “ultimately, should this progress to an acquisition scenario, we think Galaxy Entertainment is only interested in Macau, and would therefore seek to concurrently sell the United States assets (Las Vegas and Boston) and Macau, and considering Galaxy’s long-term strategic view that Cotai represents the future and will, on a relative basis, have much longer legs than the peninsula, we could see another trade go up with another entity acquiring Wynn Macau on the peninsula. Keeping Wynn Palace on Cotai would give Galaxy the premier high-end asset in that geography (further cementing their status as the premium high-end operator), while also giving them further growth pipeline in the Phase 2 site at Wynn Palace.”