Casinos in the United States 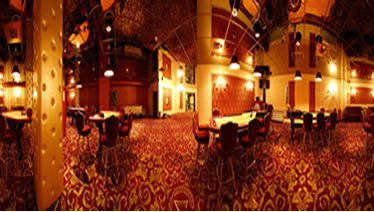 Before the Pilgrims stepped onto American soil, native peoples were enjoying games of chance and luck. European settlers brought along their own betting games and, over time, gaming recreation morphed into the United States casino industry.

Today millions of Americans joins hundreds of thousands of visitors at American casinos where they can experience a high level of gambling excitement in an America casino that fits their individual needs and expectations. There are casino locations along both the East and West Coasts of the United States as well as in many states in America's heartland.

The USA casinos are strictly regulated at local, state and national levels. For players who are looking for relaxing interlude of thrills and energetic action, the casinos offer a safe and comfortable option.

History of Gambling in the United States

Gambling in the United States has a long and unsteady history. There have been periods when gaming was actively prosecuted, tolerated or simply ignored. The public's – and their elected officials – view of gambling also varied from state to state. In some states gambling is a center of the state's economy while in other regions gambling centers are fully outlawed.

Gambling was a secretive, hidden hobby until the 1940s when Nevada pass the first pro-gambling legislation in the United States. Developers flocked to Nevada to begin to build casinos and Nevada became the gambling "mecca" of the United States. The casinos catered to the rich because of their big spending habits but they also made an effort to attract casual players and vacationers. The casinos began to offer world-class entertainment acts, fine dining and exclusive shopping excursions as part of the "package" that people could enjoy when they came to the casino.

Following Nevada's success other states began to develop their own casino industries. New Jersey has the second-biggest casino infrastructure to Nevada. However, no other state has seen the financial success and expansion as Nevada has experienced in the last 70 years.

In the 1990s some of the Nevada's biggest investors started to revise the state's reputation by focusing on Nevada as a convention and entertainment center rather than just a gambling site. This move seems to have paid off. Other casino venues around the world are seeing stagnation -- and even drops -- in their profits while Las Vegas and Reno are thriving economically.

The public's perception of gaming is complicated. There are clashes between moralists who see gambling as immoral and public institutions that gain from gaming revenues. Social activists worry about the addictive effect that gaming has on many people while millions of gamblers enjoy fun-filled gambling entertainment.

In general, however, the American casino industry is growing and is attracting new players as it continues to cater to its loyal base clientele.

Gambling Laws in the United States

Gambling laws vary from state to state. Some states, such as Nevada, base their entire economy on the casino industry and actively encourage investors and developers. Two of Nevada's biggest cities, Reno and Las Vegas, are casino towns where the focus of the city is on the casinos.

Many of the casinos in these states are regulated at a state and local level. There are also dozens of casino sites that are located on Native American lands which are supervised at a national level . Legislation governing such Native American casinos comes through Congress.

Online Gaming in the United States

The newest competitor in the United States is the online casino. Online casino gaming is a popular gambling alternative in Europe, South Africa, Australia and New Zealand. However, it's just beginning to make inroads in America where online banking laws have complicated its growth.

The online casino is a casino venue that operates online Gamers can enter the casino on their desktop or laptop computer. There is also entry via the mobile casino site on the player's smartphone or tablet device. Online casino accounts are free and provide the player with a chance to play at any time and from any location at his leisure.

The online casino offers all of the same games that the land-based American casinos feature. Online casino accounts are free and the payouts tend to be significantly higher than those at the brick-and-mortar casinos. Since the online casino's doesn't have fixed (staff and building) expenses it can reinvest its profits in the form of bigger payouts to its customers.

Another difference between the American brick and mortar casinos and the USA online casino involves the betting limits required to play many of the casino's most popular games. For many years the land-based casinos allowed everyone to compete at all of the games, including both high-rollers and casual gamers. In the 1980s the casinos reviewed research that indicated that the low-level bettors who were standing at the tables were deterring the high-wagering players from participating.

For this reason the land-based casinos now employ "table limits" on many of the games. That means that you can play these games only if you meet specific betting limits. So, if you go to a land-based Vegas casino, you'll be able to compete at roulette, poker, blackjack, craps and other table games only if you lay high bets.

On the other hand, when you play at the Grande Vegas online casino or any other USA online casino you'll be able to play your favorite games according to your preferred betting range. You can even play for free in the casino's Free Mode to enjoy free gaming or to practice a game before playing it for real money.

Finally, the new Live Dealer casino brings online gamers the same sort of interactive and live casino action as their counterparts enjoy at land-based casinos. The Live Casino platform operates on PC and mobile devices. Gamers who select the Live Casino can play table and parlor games together with a live dealer who is available, live, on the screen. The player watches "his" dealer as she shuffles his deck, deals his cards, pays out his wins and chats with him via live-streaming software. The live dealer platform brings the best of live casino action to the gaming screen.

Many of the United States casinos are also accessible online, live and live through online technology.