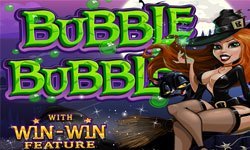 Are you ready for a scare? Well Realtime Gaming (RTG) has conjured up a brand new creepy cartoon Halloween treat, so get your freak on and head over to Bubble Bubble, available at Grande Vegas on Instant Play, Download and Mobile Casino.

Winni the Witch and her wiley ways will have you in a wicked spin in this spooktacular video slot with ghostly features. Creeptastic cauldrons scatter left and right spilling their brews, creating features galore.

The Great Ghosts feature will whirl you into a world of 20 FREE spins while the nine Wild Ghosts whiz every which way on every spin.

Wander into Winni’s Wild Witches feature for a wickedly wild ride and be Bewitched by 7 FREE spins when the Wild expands across the middle reel for all spins.

Winni and her coven are waiting. The brew has Bubble Bubbled and it’s time to take her on. 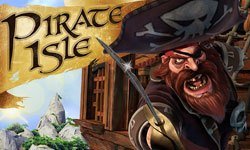 Shiver me timbers. Pirate Isle is ripe for the picking.

Piles of plunder and five-reels of riches await Grande Vegas Online Casino buccaneers brave enough to set foot ashore Pirate Isle from Realtime Gaming. For decades, Cap’n Ghost Pirate has stashed his treasure across Pirate Isle, but one night on the grog and the bungling blaggard dropped his Treasure Keys all over the infamous island.

So he’s called a truce. He’ll share his booty with any buccaneers brave enough to help him track down the legendary loot. Shiver me timbers, it’s ripe for the picking.

Those spoils won’t come easy, but, land lubbers, when you get them … cor!

Place an extra bet to release the Broadside Feature, home of the Pirate’s Treasure Progressive Jackpot.

Up with the Jolly Roger and in with booty. Pirate Isle, ‘ere we come! Available to download and on Instant Play from September 16. 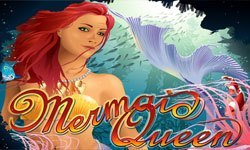 Dive into the mysterious blue ruled over by the beautiful and benevolent Mermaid Queen at Grande Vegas Mobile Casino.

Now, wherever you are, you can follow her bewitching harp into the deep to her enchanting queendom, using the Mobile Casino. The Mermaid Queen and her mystical underlings will draw you towards handsome treasures beyond your wildest dreams. Just win her favor and those riches will be yours.

Clams scattered across the ocean bed make your prizes multiply, and the Mermaid Queen appearing in your winning payline doubles your reward.

The alluring, animated Mermaid Queen has charmed the Clams in the FREE GAMES feature, so they double your luck, giving you another free game each time you spot a Clam. And at the end of any given game, the Mermaid Queen, in all her compassion, could give you a final reward: the Random Progressive Jackpot.

Ahoy land lubbers! Shin up the crow’s nest and keep look-out for Realtime Gaming’s island of hidden riches. We’ll be coming up on it soon.

When we drop anchor on September 16, Pirate Isle will be ripe for the picking to download or on Instant Play. Arrr, this ain’t no flotsam and jetsam, lads, this is riches and plunder beyond your wildest dreams.

Grab your cutlass for a treasure hunt of the ages aboard Grande Vegas Online Casino from September 16. Arrrr! 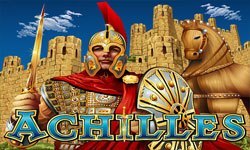 One of Grande Vegas Casino’s most popular games – Achilles – has now gone mobile.

Tackle the Trojan Army right from your phone. You’ve been able to rally behind Achilles on Instant Play for eons, but now the thrill of siding with the greatest of Greek warriors is with you whenever you want it, on mobile.

Feast on the spoils of war and play one of the two heroic features – the Achilles feature and the Troy feature. Defeat the Trojan army and you’ll walk away with legendary rewards.

Spot three or more Achilles symbols anywhere on the reel and up to 25 Free Games with triple prizes are YOURS! Ha! Take that, Trojans!

Appease the gods by playing well and you may be blessed with progressive jackpot!

What are you waiting for? Grab your sword and your shield and play Achilles on your MOBILE TODAY! 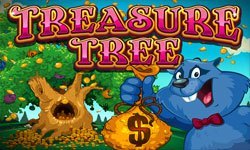 Forget climbing the career ladder – it's time to tackle the Treasure Tree. It’s way more fun and will take you back to those happy heady days of childhood.

Realtime Gaming has branched out this time to bring you a fantastic new match and win that will ‘leaf’ you stuffing your duffel bag with a whole lot more than just apples.

Hum along to the catchy tree-climbing tunes, and match three of the same-color MONEY BAGS and 25 FREE GAMES or up to 500x your bet in instant prizes will be all yours, ripe for the picking.

But Grande Vegas Casino wants to push you higher, to the sweetest fruit on the Treasure Tree. Prizes awarded in free games will go TRIPLE. All those lovely prizes just waiting for you to squirrel away.

Sling your leg over the nearest branch and pull yourself up the Treasure Tree, and bag your basketful of tree treats. Available NOW on download and Instant Play. 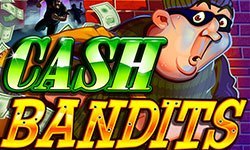 That’s right, the safe-breaking bank robbers are in town, and they’re looking to share their loot!

Help them to crack open the vault, and they’ll reward you with up to 90 FREE GAMES! And that’s not all – they'll even multiply your loot by up to 12 times -- these guys are some pretty generous bank robbers! Make sure to leave the engine running as you’ll want a quick get away with your ill-gotten gains in this bank-breaking new slot!

Whether you’re a Bonnie or a Clyde, head on over to Grande Vegas Casino and be sure to keep the cops off your tail as you loot and pillage your way to big prizes in Cash Bandits -- who says crime doesn't pay!

Bag yourself some loot…

The Cash Bandits are coming!

That’s right, the cops are on their tail, but they’ve still got time to help you bag some swag in this bank-breaking bonanza from Realtime Gaming!

Master the art of safe breaking on the 10-digit keypad, and you could soon be swindling your way to up 90 free games for your troubles! There’s prizes multipliers a-plenty, too – keep breaking those safes, and you could see your swag multiplied up to 12 times – before you know it, you’ll have enough loot to retire to a desert island!

This is one game when you’ll want to stay on the wrong side of the law! So head on over to Grande Vegas Casino, dust off your gloves, grab your swag bag, summon the spirit of Bonnie & Clyde and make off with a fortune in Cash Bandits – available on Download, Mobile or Instant Play from July 15! 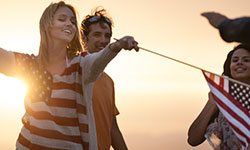 Our featured game for this year’s festivities is Paydirt – a goldmine of a slot from Realtime Gaming! Grab your dynamite, prospector and get panning because there’s plenty of prizes to be found in them-there hills! With bet multipliers, bonus pick features and bonus symbols lurking around every turn – there’s no end of ways to win in this gold-tastic slot!

And it’s free to play throughout July!

So crack out the stars and stripes and get ready to celebrate Independence Day in style, with food fireworks and a fantastic $4,000 Freeroll – right up until July 31st!

You'll find the $4,000 Independence Day Freeroll in the Tournament section of the download version of the casino – so what are you waiting for partner?! 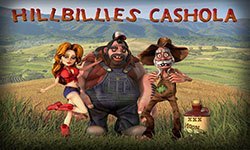 Get ready to hillbilly rock…

Billy Bob, Bubba and Billy-Jo are mighty pleased to make your acquaintance. In fact, they’d quite like to help you win some wonga!

So much so, that if you have any of the gang with you when you win, they’ll increase your winnings! If you’ve got the whole family with you, then you could be in line for up to 20 times the regular prize!

And their hospitality doesn’t end there. If two or more of the gang shows up, you’ll bag yourself 8 free games – and if they show up in the right place during those games, you’ll scoop a bonza bonus prize!

What a nice bunch of guys! So, don’t leave them waiting, get over to Grande Vegas Casino and play Hillbilles Cashola on Download and Instant Play – TODAY!